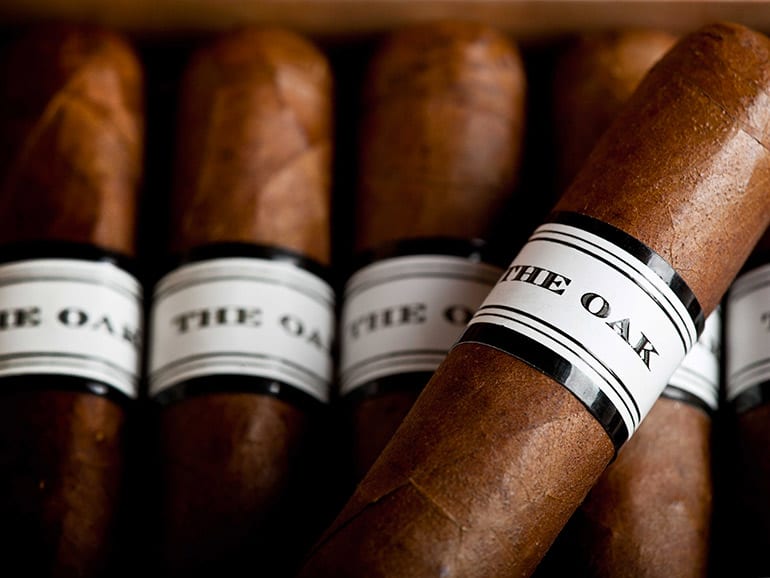 Cigar lovers often dream of working with a master blender to create a unique, personal cigar. Those who have pursued making a custom cigar and the people in factories who bring private blends to life shared their experiences with us and highlighted the considerations of such a project.

Honoring the memory of the late Anders Ek, the previous owner of Sweden’s Brother of the Leaf, is what inspired the new owners, Yelitze Echenique and her husband, Carl Lokrantz, to create a private blend. “Anders’ values were aligned very closely to ours. We were new in the cigar business, so this was a way to anchor us, to remind us to slow down, savor life to the fullest, and to always remember that we have the right to personal freedom and enjoyment,” says Echenique.

The process was a lengthy one for them, mostly because they would not compromise on quality and flavor profile, and modifying blends takes time. “We waited about three months in between tweaking the blend so that we could see how the tobacco changed from after shipping to after a few weeks in the humidor.” Yelitze and Carl’s biggest learning point was discovering that the band and packaging were more expensive than they first thought, and realizing how a small change in the blend can affect the entire end result.

If Yelitze were able to do it again, she would prioritize placing a larger order, considering the amount of work that went into the project. “Being well informed about the factory that you are working with and the tobacco importing and tax regulations in your country or state ensures an easier transition of the final product into your hands,” says Echenique. 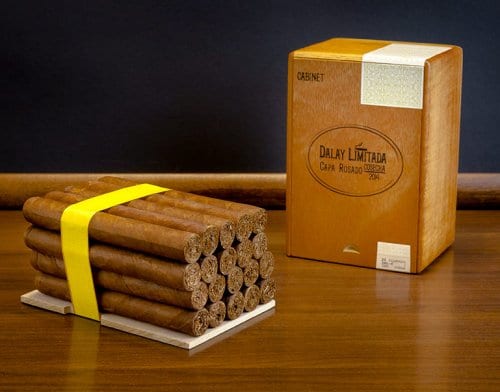 The challenge of using an incredibly limited 76 pounds of a certain tobacco is what drove Michael Grossklos to create the Dalay Limitada 2016 in partnership with Günther Schichl and Thomas Rammer at the Cibao Valley’s Tabacalera Altagracia (Dominican Republic) factory.

Custom cigar production is not rushed by production deadlines, according to Grossklos. “I didn’t have to rush because the ligero I wanted to use needed more time. An extra three months didn’t break the schedule, yet improved the blend considerably.” For those seeking to create their own private blend, Grossklos says that a person’s “why” is extremely important. “ This is, in essence, what drove me to the private blend,” said Grossklos, who took inspiration from wine makers. “ The main grape variety for a supreme cuvée would be similar to the dominant tobacco in a blend. Usually, this is a ligero in the filler that is so good that it drives me out of my mind, in a good way. And then I compose everything around that. All the other tobaccos bring it to the fore and support it, rather than distort it,” he explains.

Grossklos found the process of creating his cigar astonishing – every time he thought he was finished, a new detail arose. “For instance, I found that a new tobacco that captured my imagination, or one that I would have loved to use had changed. Sometimes it didn’t work in combination with others. The amount of details to keep in mind was staggering,” Grossklos admits.

Owner of Club Cigarren and the 2016 Cigar Trophy winner for Outstanding Art, Heiko Poerz has been passionate about cigars for 39 years. After tastings tens of thousands of cigars and being in the business for 15 years through Club Cigarren, he felt it was time to create a very personal cigar, the Henk Maori Haka.

“Due to my personal passion, I wanted to have a specific size, blend and look. But, most importantly, one that suited my taste.” Being well connected made the process easier for Poerz, who called on A.J. Fernandez and Didier Houvenaghel to help create the cigar. Poerz always considered this blend a private one, but since receiving the great feedback from friends and associates, he will be creating two more sizes and looking at retail opportunities. 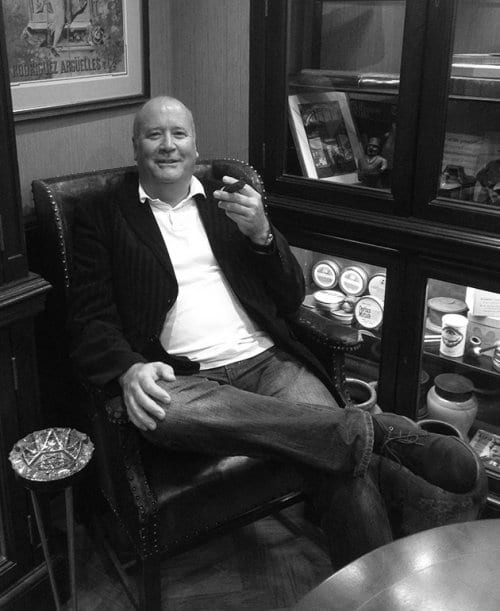 Gerard Hayes initially visited Nicaragua to immerse himself in cigar culture. He left with two custom blends, the Nicoya Medios and Nicoya Fuertes, and will welcome a third blend in 2017. Regarding the process, Gerard notes that for outsiders it’s all about how they feel about the producer.

“I got a really good feeling about the A.J. Fernandez factory and we sat down one morning to discuss blend requirements,” says Hayes. “ The process required providing feedback on different combinations and eliminating blends to decide on two blends to take back to Australia for further sampling.” Being a cigar “outsider,” Hayes strongly recommends the benefits of face-to-face meetings and sourcing box makers locally to fellow newcomers. “ There is also the issue of tobacco reliability and price so that blends will be consistent in future.”

Lessons from those in the business

When lifelong buddies Sean Kremenetski and Mitul Shah created Fable Cigars and set out with business goals in mind, they learned the hard way about creating a blend. “It took four trips over the course of a year and a half, discarding close to 50 blends before we were satisfied with what would become Fourth Prime, our first blend,” notes Kremenetski. He also says that cool artwork is nothing without a good blend. “It takes time to familiarize yourself with tobacco flavors, textures and aromas,” he says. “Expect the process to take at least a year, if not longer.”

Marilu Zetina, head of international sales for Tabacos Costa, observes that most private clients request medium blends; over a few months, the team creates two to three blends based on the client’s preferences. “We usually get private orders when we do cigar tastings, and cigar fans or retailers smoke our blends and decide they want a special cigar of their own,” says Zetina. Some of the more unusual requests Tabacos Costa has received include a cigar with a hole in the head, a cigar with a double wrapper, and special formats such as 80 ring-gauge cigars.

Importantly, Zetina notes that the investment in a private blend can vary widely. “Cost depends on the tobacco selected, cigar size, and the chosen format. Sometimes we’re also involved in producing boxes and bands, and we deliver the complete product.”

Hendrik Kelner Jr. also knows a thing or two about working with private requests. “The blends requested vary a lot depending on the client and his or her taste profile,” says Kelner, head of Kelner Boutique Factory in the Dominican Republic. “Anything from the super mild, the mid-balanced complex cigar, up to the super strong blends have been requested.”

Kelner notes that his clients are people from all over the globe who want to be involved in the cigar business. “Some come from cigars, others are new to cigars, but they like smoking and want to be involved in the industry,” he says. “I try to enlighten them about what it takes, as some have very faint ideas about all the permits required.” Hendrik also highlights that clients must be aware of the additional investment required to make boxes, bands, packing material and logo design before investing in making a cigar at the factory. “The cost of the cigars themselves, of course, will vary depending on the blend selected, wrapper used and quantity ordered.”

Custom blends for private clients are not a new phenomenon, and, while some cigars will only ever be enjoyed by their makers, others soon find themselves on retail shelves. Non- Cuban cigar manufacturers are very accessible for those wanting a custom blend. Cuba can also deliver custom cigars. But that’s a story for another time.