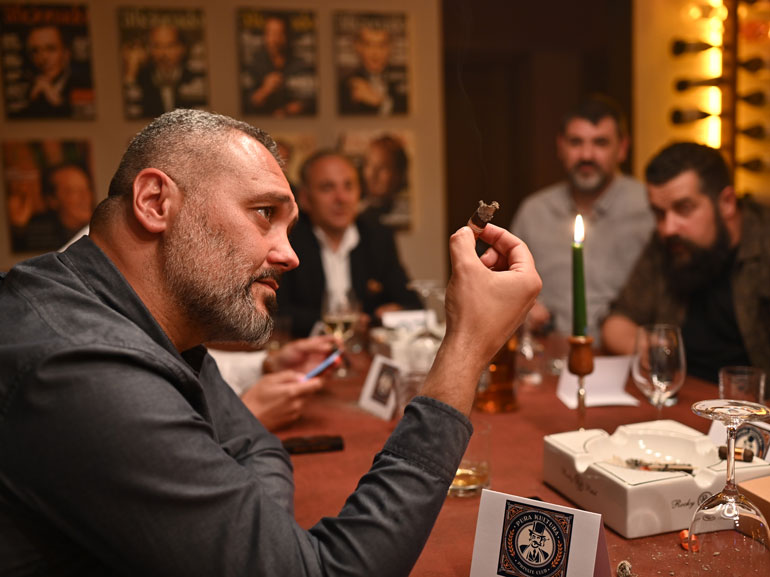 North Macedonia recently hosted its second qualification round of the Cigar Slow Smoking World Championship. After the national competition it was time for the first ever Balkan edition, with competitors from countries in the region as well, like Kosovo, Albania and Serbia.

The event was held in Vila Dajana in the mountains outside of the capital, Skopje.

“We’re happy to be in a position to organize the first Balkan CSWC qualification round,” judge Gabriel Stibel says. “We’re glad to provide the chance for cigar aficionados from the region to try out their slow smoking skills and to feel the CSWC experience.”

After one hour and ten minutes the majority of the competitors were out, including most of the previous year’s favorites. At this point reigning North Macedonian champion Toni Trajkov was in a commanding lead, but in the end he had to succeed to first time competitor and countryman Nikola Popovski. Ivica Popovski, another newcomer, surprised everyone and came in third.