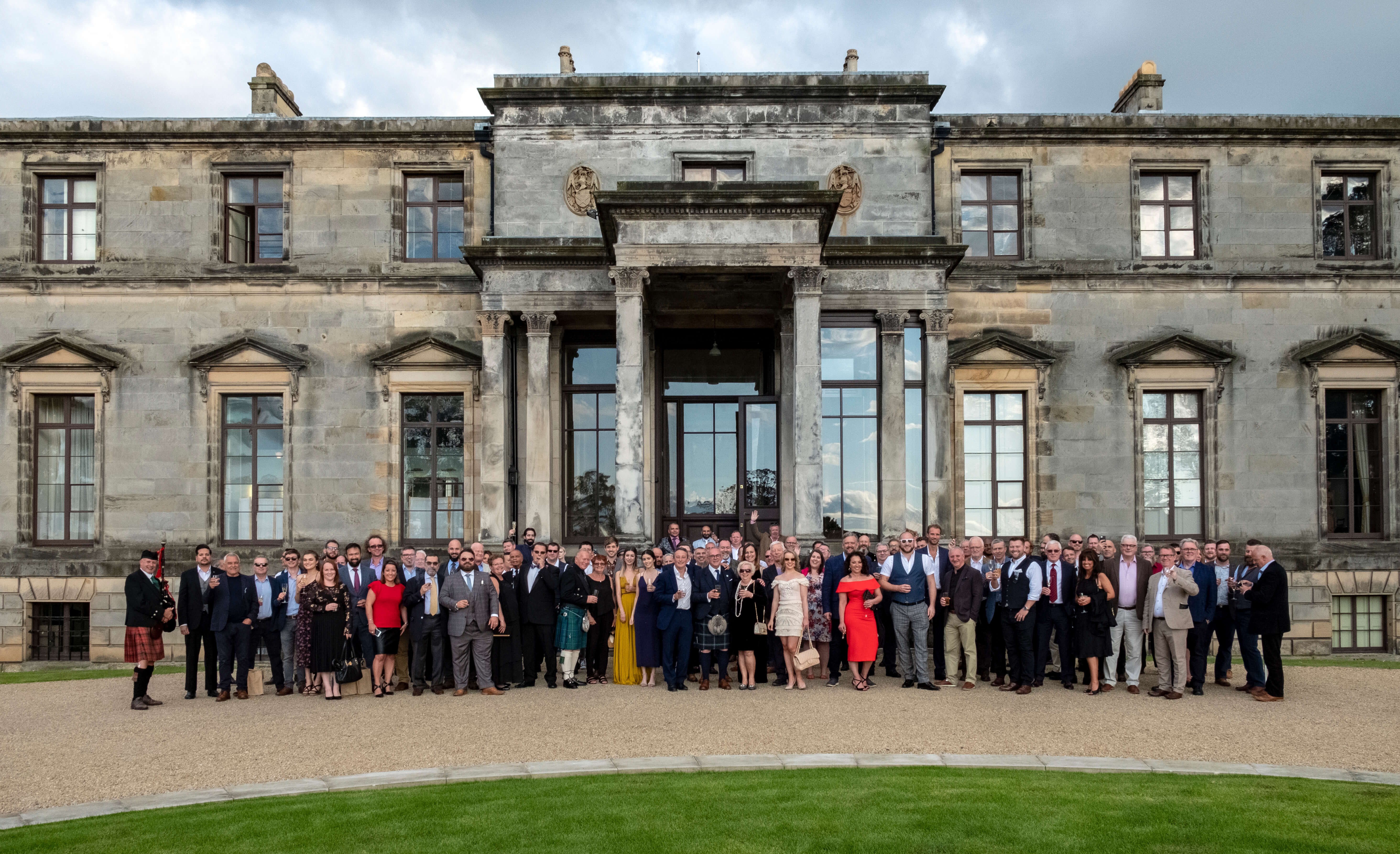 Makers, manufacturers, enthusiasts and experts gather on the lawns of Robert The Bruce’s ancestral home to pay homage to the dram – and the cigar…

THE incredible backdrop of a historic Scottish stately home framed the nation’s greatest ever cigar and whisky collaboration in July– and arguably one of the greatest ever held on the planet.

Around 150 cigar and whisky fans from across the world gathered to celebrate Robert Graham’s 145th anniversary – and legends from both industries flew in to help them do it.

Broomhall House – ancestral home of Robert The Bruce – opened its doors to an extravaganza of Scottish flair and fayre. Oysters were served to guests enjoying the evening sun; and each was armed with a goodie bag overflowing with free gifts, from Cigar Journal subscriptions to Boveda humidifiers and a specially created pack of cigars featuring some of the world’s best New World makers.

Scotch specialists included Whyte & MacKay, Tullibardine, Douglais Laing, House of MacAllum, Ian Macleod Distillers and Robert Graham Independent Bottlers, as well as Remy Cointreau.  As the famous Scottish weather turned off the taps for a few hours and opened the curtains, warm sunshine greeted guests as they strolled on the manicured lawns of Broomhall House, a few miles outside Edinburgh.

Food stalls offered the finest smoked salmon and other tasty morsels to wash down the extraordinary libations on offer.  A live rock band let fly a few riffs before the gathering was pulled together once more for a grand raffle that exceeded all expectations.

Selling stellar Lots which included rare and unique artwork, humidors, books, cigars and amazing bottles, Robert Graham owner Steve Johnston kept the bids flowing for two great causes; Scottish children’s charity Children 1st and the Nicaraguan branch of the Fe y Alegria (Faith and Happiness), a charity which works on behalf of underprivileged children in Estelí, cigar tobacco’s growing mecca. Thanks to several generous bids from guests who were clearly enjoying themselves, an incredible total in excess of $10,000 was raised on the night, which will be split between both charities.

The band fired up once more and revelries continued until coaches arrived to whisk elated guests to further debauchery – or to bed.

Cigar Journal caught up with joint organiser Steve Johnstone briefly on the night. While he inferred that a yearly event of this magnitude might be a monumental undertaking, he was thrilled at the enthusiasm that guests had shown and was keen to explore future events.