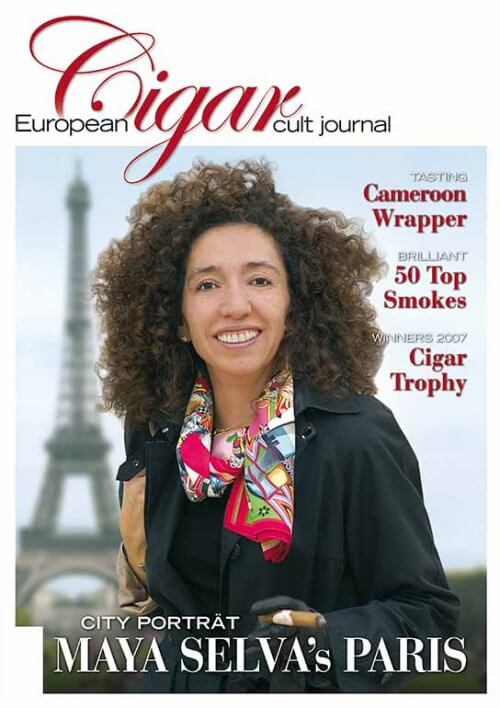 A 28 year old former economics student mixed his creative flair with a budding interest in cigars to begin Prometheus. Our columnist Samuel Spurr met Keith K. Park in person and talked to him about his story, cigars and the rise of Prometheus.

In the winter issue 2007, Maya Selva decorates the cover. Our travel columnist Gabriela Greess met the power woman in Paris. Together they explored top restaurants and bars in the French capital.

Among other things, Maya Selva tells of her latest cigar creation, which she developed together with the chef Jean Christansen.

You’ll also find a big review of the Cigar Trophy 2007 – The Oscars for the Best in the Cigar World.

The following is an overview of the contents of the 4/2007 edition.