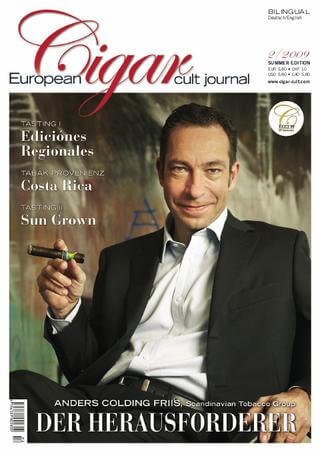 While anti-smoking legislation around the world is becoming increasingly strict, a scene of superior smoking culture is developing at the same time. European Cigar Cult Journal recommends you smoking Lounges around the world.

Denmark-based Scandinavian Tobacco Group is one of the tobacco industry’s major global players. During a conversation with European Cigar Cult Journal, Anders Colding Friis, President and CEO, announced his next goal: “We are going to overtake Swedish Match!”

The following is an overview of the contents of the 2/2009 edition.