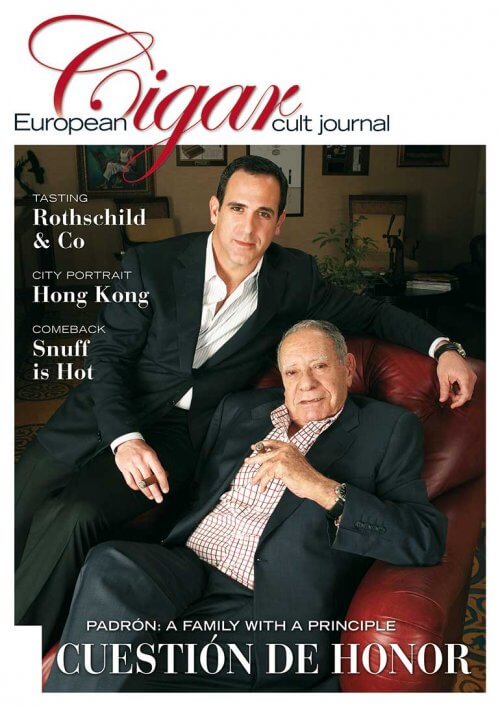 Samuel Spurr explored Hong Kong for us, one of the mot important cigar cities in the world.

Manny Iriarte, Cuban by birth, has achieved a distinguished reputation in the world of cigars. It is with attention to detail that he guides the eye to seemingly unimportant details.

Coverstory – Padrón Cigars: In 1964, with $ 600 in his pocket, José Orlando Padrón founded a small cigar manufactory in Miami. Today, one of the most important cigar brands on the planet bears his name. We met José Orlando Padrón and had an interesting conversation with him about the development of his cigar brand.

The following is an overview of the contents of the 1/2009 edition.