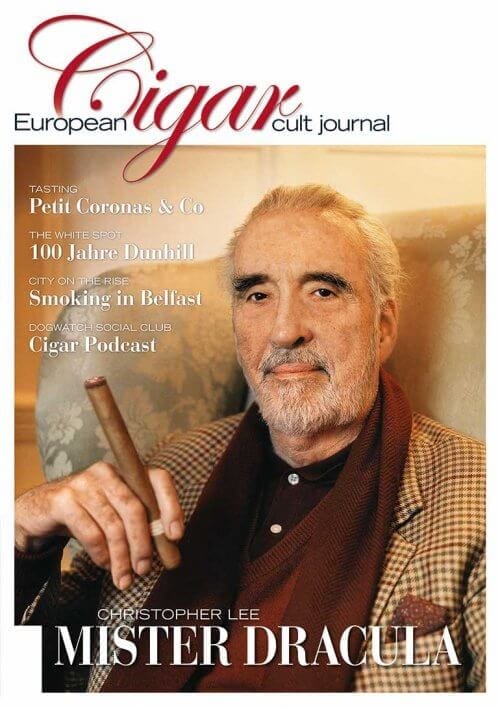 In the spring issue we met Hendrik Kelner at the Cidav factory. In an interesting conversation with his son he tells us his life story and the career of his cigar factory.

Our cover story is dedicated to Christopher Lee, a British actor best known for his role in Dracula. His second great passion besides the bite in beautiful necks? The cigar.

Our editor-in-chief Katja Gnann met him in London’s Chelsea district for a “tea for two”.

In other stories we will tell you about cigar bars and lounges in Belfast, as well as extensive tastings of “short smokes” to the crossover tasting of tea and cigar.

The following is an overview of the contents of the 3/2006 edition.