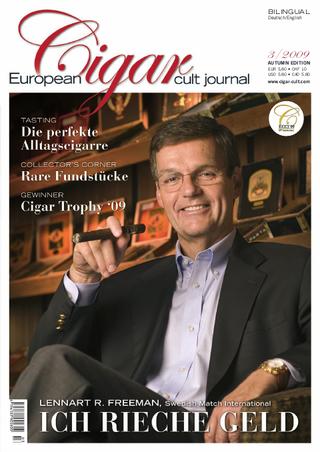 In the autumn issue 2009 we started a tasting to find the perfect everyday cigar for you. One of the most exciting new releases is the Vintage Maduro series by Santa Damiana. We have already tasted it for you.

Coverstory: Swedish Match is preparing for on of the greatest challenges in the 94-year history of the enterprise: the end of the US trade embargo againt Cuba. Lennart Freeman has clearly defined goals in mind.

The following is an overview of the contents of the 3/2008 edition.