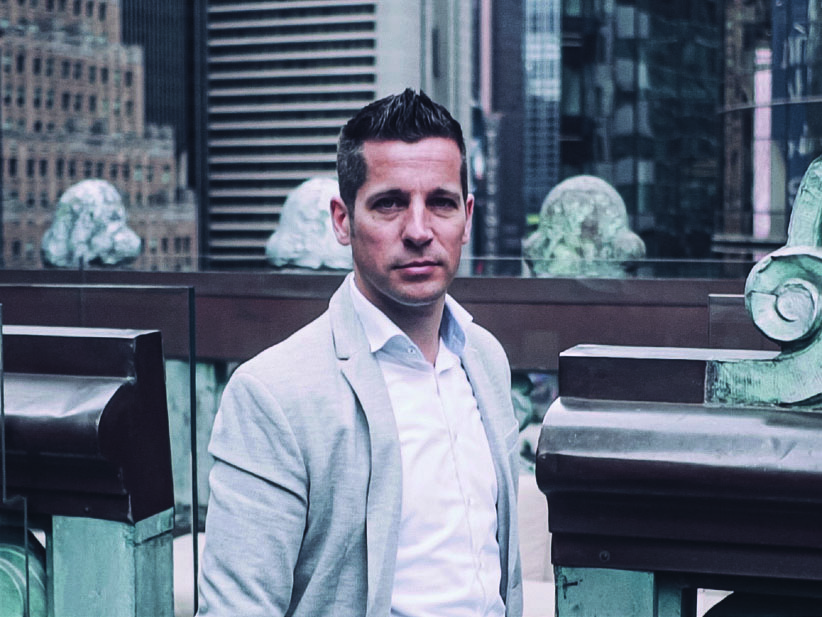 It is quite tricky to cover the whole world all in one day – not that I have ever tried. But Régis Broersma has. It is a regular day at the office for him.

To give his full title, Broersma was recently appointed senior vice president of Scandinavian Tobacco Group’s (STG) new Division North American Branded & Rest of World. Oh, and he is also president of General Cigar Company in the United States. No pressure, then.

What this means in practical terms is that he is responsible for the handmade cigar division of the giant company that covers great swathes of the world in its scope, development, and output, in addition to overseeing the mass market commercial activities outside the key countries in Europe.

And where once Régis might have been flight-hopping from city to city, he is now homebound in Eindhoven, Holland – not all bad for the PSV football club supporter. But it raises daily challenges in keeping in touch with such a disparate and far-flung team.

“It’s been interesting, to say the least!” He smiles during our online chat. He is getting used to those. “I spent 17 hours on a teams meeting a while back,” he groans. “From early in the morning until 2pm I am available for Australia, New Zealand, the Far East. And I draw the line at 2pm!” He says with mock seriousness. “Then we move on to Europe and the US, which normally runs into the evening.”

In his early forties and a keen runner, Broersma knows he is in a unique position. STG is by far the biggest retailer of hand-rolled cigars in the US, both online and in superstores that are complete with bars, vast humidors, pool tables, and dining facilities, not to mention the Club Macanudo cigar bar in New York. And he knows how important it is to the brand as a whole to keep innovating.

“From our perspective, it’s about making sure people have more opportunities to enjoy their cigars. In today’s world, there are fewer and fewer situations where you can light up your cigar; in days gone by, there were multiple opportunities every day that were suitable for cigar smoking. So we now strive to make it a special moment. My colleagues at Cigars International are focused on creating superstores in Texas and Florida; for example, to provide a destination venue, somewhere customers can go to spend quality free time.”

These venues work boomingly well in established “cigar country” like Texas and Pennsylvania. But Broersma knows that a different approach is necessary in other parts of the world.

“For one thing, we could never have such huge places in the likes of Europe – the humidors in our superstores are massive and that’s based on turning over that huge inventory. There just isn’t the demand in such strong terms in other places. That doesn’t mean that there isn’t a small but profitable cigar market in other countries, though,” he says.

STG, as you would imagine, holds vast inventory of unrolled tobacco for its handmade cigars – in excess of 100 million US dollars’ worth of leaf – which is strategically warehoused around the globe to manage risk of fire, flood, and other damage. And early indications from the impact of COVID-19 suggest the parent company is going to need its reserves.

“Sales during this coronavirus period have gone through the roof,” says Broersma. “We are experiencing double-digit growth. Our factories are at 140% capaci of the fact they can sit in their garden and work and have a cigar at the same time.”

RESTING ON ONE’S LAURELS  IS NOT AN OPTION

“We have a vast inventory of what we call our heirloom seeds – forgotten strains, hybrids, old styles, interesting variations – and we’re testing them in small plots all over the world.”

He is reluctant to go into exact details for obvious reasons, but Broersma indicates that trials with new and old tobaccos – and sometimes blends of both – are ongoing as part of STG’s commitment to continued growth and excellence. And it is not an easy process.

“It’s not a quick equation,” he explains. “We’re talking about a process that takes years to come to fruition. And then,” he laughs, “sometimes it’s rubbish, and other times it turns to gold! Either way, we learn something from every experiment.”

“Forecasting is a particularly tricky part of the job and we spend a long time doing it.”

“But we are trying to predict and plan for what will be happening in the global market in four, five, six years or more – that means planting tobacco now so that we keep those inventories at levels we are comfortable with. We have more tobacco from more places in the world than any other cigar business, I would suggest.”

And that is what a vast remit looks like in the modern world: a conjuring act of current best-practice and bold innovation; investment in new technologies and cigar superstores, along with listening to the farmers, the ones who can tell you what will grow well where and when.

And being ready, willing and able to use the information and inventories at your disposal when the time comes.