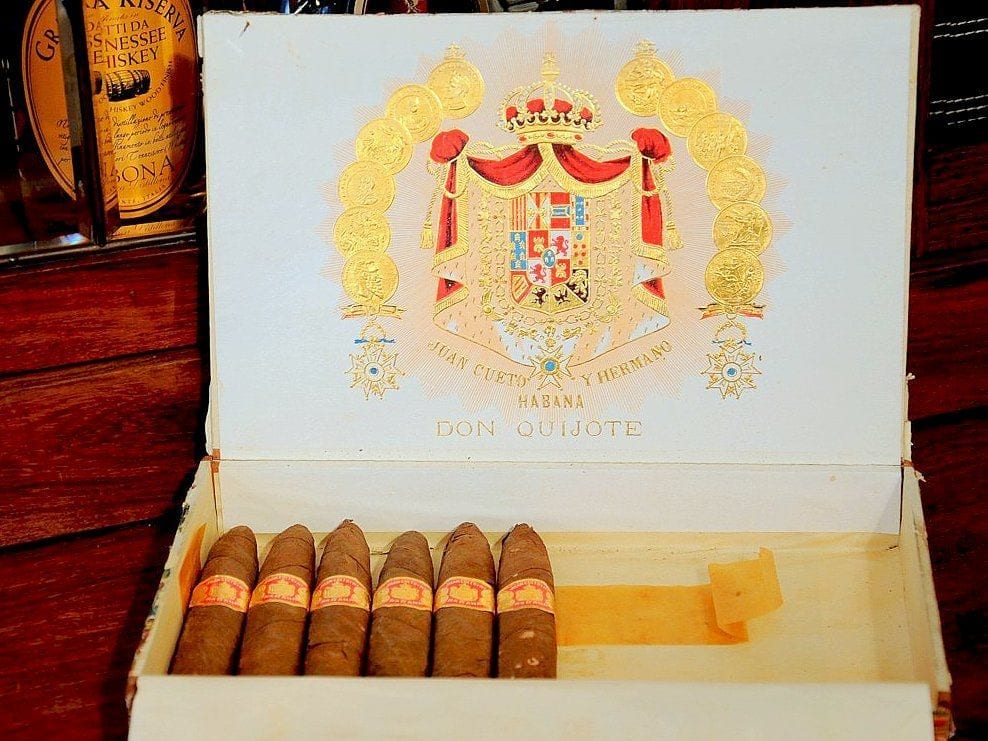 Ercan Hazar was amazed when, last summer, he was offered a half-full box of Cuban cigars that he had never heard of before: Don Quijote de la Mancha, manufactured in the Juan Cueto y Hermano factory in Havana, more precisely, in a street called Estrella No. 19. The production date according to the stamp was December 1913. So the cigars were exactly 100 years old.

As well as the Habsburg monarchy’s imperial double-headed eagle it carried the insignia “Imported Havana Cigars; Special Sale; K.K. Tobacco Director.” And the price is even stated: “100 cigars – 139 crowns.” The Austro-Hungarian gold currency had the purchasing power of what today amounts to 5.10 euros (approx. USD 7.00) per crown. So, converted, the box of 25 was offered for 178 euros (roughly USD 247.00) – a bargain. 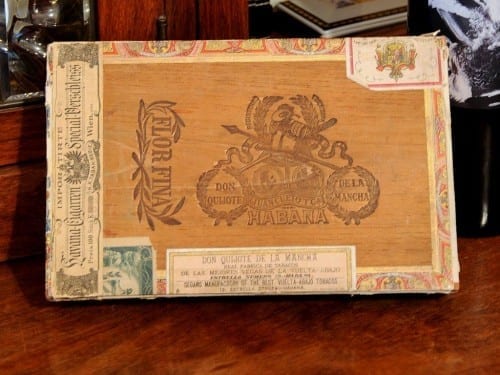 In December 2013 we tasted a few of the large Perfectos and reflected on the long period of time that these Puros had survived. We remembered that Emperor Franz Josef was the first monarch to openly smoke – in his youth, Virginians, and later the brand Regalia Media.

According to historic records, in the year 1913, the unbelievable number of 1,358 million cigars was produced during the monarchy. In addition, high quality cigars and tobacco products, available in a few selected shops in larger cities, were also imported.

Our tasting was extremely gratifying, for the cigars tasted exquisite. They were still very flavorful, with fine earthy and woody aromas, underscored by a delicate sweetness. We were perplexed at how much aroma they developed. Ercan Hazar has acquired an excellent reputation as an expert and tobacco specialist dealer in Vienna. Last year, he was nominated Hombre del Habano, that is, for the highest accolade of Cuba in the tobacco branch. In Havana, the Austrian with Turkish roots is very well-known and well-connected. That’s why it was important to Hazar to return the last remaining examples of the Don Quijote de la Manchas to their place of origin. 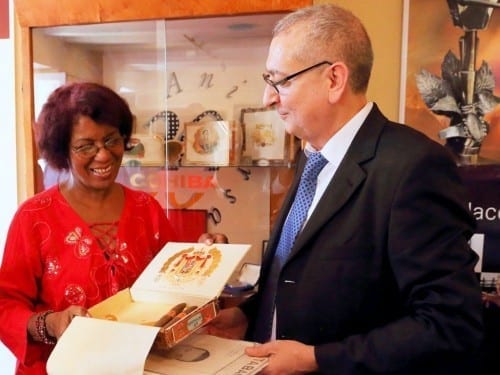 As part of this year’s Habanos Festival we found the place where the cigars had once been rolled. Unfortunately the factory no longer exists; locals say that the house collapsed about 30 years ago. The street has also been renamed.

But at least we found the place, and paused there for a minute in order to thank the people who had rolled the cigars all those years ago. Ercan Hazar donated the box with the rare cigars to the Museo del Tabaco in Havana, where they will hopefully also be able to be viewed in one hundred years’ time.