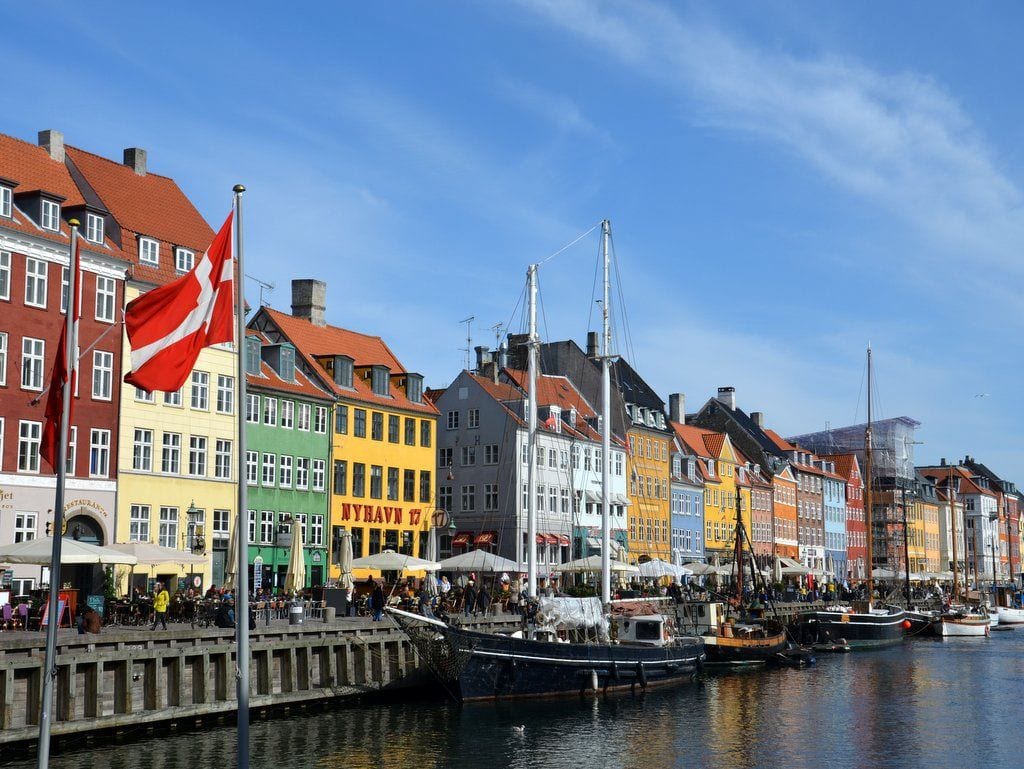 Denmark’s tobacco history dates back to the year 1665, when the Danish monarch Frederick III allowed the first tobacco spinner to begin work. Only a few years later, the royal house itself entered the international tobacco trade, and the tobacco business gained momentum.

The cigar itself, however, was not introduced to Danish society until the Napoleonic war. Also in the royal house itself there was a cigar lover in Christian IX. With its own cigar named after the king, Danish cigar art settled in many European royal houses.

For many of the 1,200 Danish tobacco factories, the industrialization of the branch in the 1920s meant the end. The number of manufactured cigars, on the other hand, continued to rise, until in the 1960s, with 1.1 million nationally consumed cigars, the absolute pinnacle was reached.

Today, there is hardly anything left of this impressive story. Emerging from the integration of the largest factories was the Scandinavian Tobacco Group (STG), which today still supplies the Danish market with cigars. Cigar smokers themselves have almost completely disappeared from Danish society – only a few hundred remain in the whole country.

The scene is small and everyone knows everyone. They regularly meet in Copenhagen in the back rooms of the pub Vinstue 90, whose walls are lined with posters of old Danish brands, and where an old ventilation system battles against the clouds of smoke. Aside from the private lounges of Splendid Cigars and Davidoff – My Own Blend, places that welcome cigar lovers are rare. Even more difficult to find are cigar specialty stores. Outside the Danish capital, only a limited selection of cigars is available, and often only poorly maintained. Even in Copenhagen, procuring smoking products is not as easy as one would think.

Not far from the square city hall, in the lively Strøget shopping street lined with historical buildings there is The Danish Pipe Shop – one of only two specialty stores in Copenhagen in which passionados can successfully find their wares. Despite his store’s modest size, the pipe specialist dealer has a remarkable turnover of famous Danish handicraft pieces. Customers enter the shop almost by the minute. Many of them, though not all, do not acknowledge the humidor cabinet, placed in the corner. “Cigar business is slowly taking off,” says Charlotte Frantzdatter, who is in charge of cigar sales in the pipe shop. It is mainly young people who come more frequently to buy cigars for the weekend. Due to space issues, however, it is difficult to offer a bigger selection.

Trained by STG in the Dominican Republic, Niels Nielsen is probably Denmark’s only remaining roller.

The country’s largest specialty store by far is situated in a quiet part of Copenhagen’s old town. Davidoff – My Own Blend, is the meeting place and place-to-go for the entire Danish cigar community. Although about half of the turnover is made from pipes and pipe tobacco, the store is responsible for 30 percent of cigar sales in the entire country. Ulrik Hansen, manager of the STG subsidiary, confirms an upswing in the purchasing group of 20-to-30 year- olds. “Interest for the finer things in life is rising in this age group,” he says. But he doesn’t see this development as being just a fad. In the meantime, about 20 percent of his customers are now young Danes. In general, Danes are very open to new cigars. Only a little more than a third of cigars smoked are Cubans; Oettinger Davidoff brands constitute a further 30 percent. The small market offers a low acceptance threshold for new brands: many Danish smokers turn curiously to foreign online dealers to obtain what is not available. 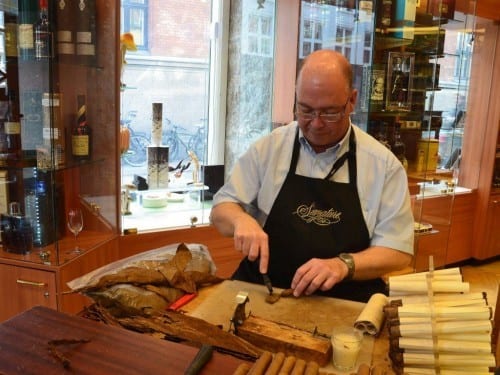 Jesper Petersen takes advantage of the flexibility exhibited by the Danes: with Splendid Cigars he imports brands like Rocky Patel and Padrón for the micro-market. Naturally, it is important to him to help the upsurge of the cigar in Danish society. Coming from the service industry himself, today Petersen personally takes care of adequately maintaining the few humidors in Copenhagen’s bars, and tries to get more locations to establish new humidors.

The image of the cigar smoker is also in need of an overhaul. Aside from the generally known traditional New-Year smoke in Denmark, which in many parts of the country makes up about half of the total annual turnover, cigars often meet with little sympathy and approval. According to Petersen, what is mainly important is education about cigars and to create access. In conjunction with the media, he is trying to put cigars more into the perspective of Danish society again. The importer finds a comrade-in-arms in the Danish cigar manufacturer Jan Vistisen, whose newly initiated association, Copenhagen BigSmoke, is setting itself the goal of enlivening the cigar scene.

The signs of a trend reversal are there. With the newly opened cocktail bars, The Jane and Strøm, just a few steps from each other and situated on the picturesque Gräbrødretorv square, the Swedish barkeepers are giving new impetus to the country’s young scene. In an atmosphere modeled on the speakeasy-culture, they host regular cigar evenings, and also have their own humidor. The Nielsen brothers, owners of the Strøm Bar, first came into contact with the cigar scene in London. Now they are inviting Denmark’s new generation to experiment and enjoy. There are in fact individual, young, cigar-smoking Danes around – a harbinger that Danish cigar culture is slowly gaining momentum again. 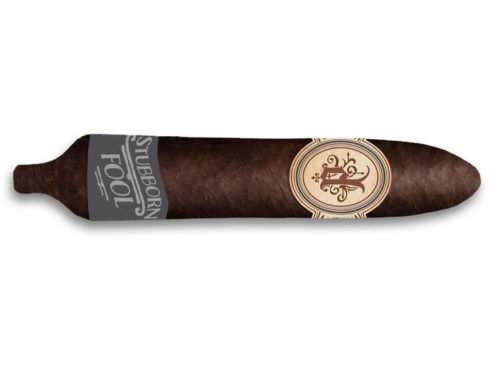 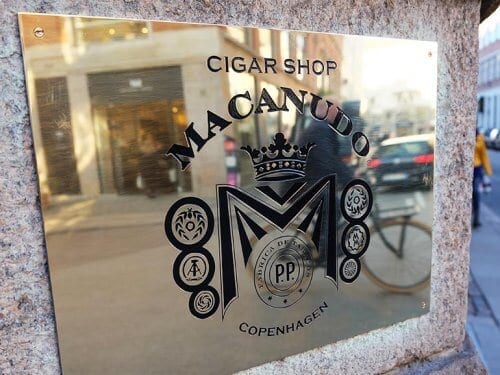 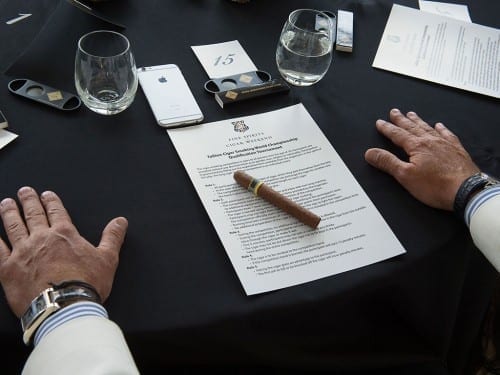 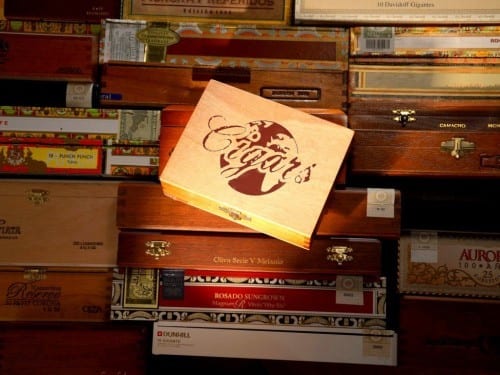