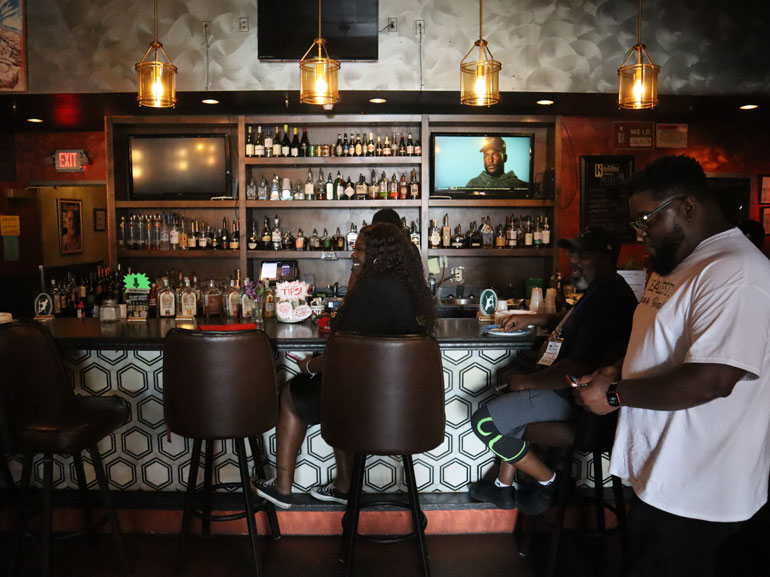 We all know about The King of Rock n Roll who used to reside here in The River City, but now there’s a new King of Cigars who has his throne just one block from Beale Street and his name is Robb Hunter.  Robb’s name is synonymous with the Memphis cigar scene.  Owner of Burning Desire and Havana Mix as well as Cigar Haven just over the border in Mississippi, he also runs The Beale Street Cigar Festival which happens every year over Labor Day weekend.

Havana Mix is located downtown, and is a stone’s throw away from The FedEx Forum and Beale Street.  Anyone visiting downtown could duck into Havana Mix for a cigar and a cocktail before heading out to party in the streets or check out the Grizzlies shooting some hoops.  A well stocked bar and humidor blends nicely with the beautiful urban sounds from the live band playing on the stage as you enter to the left.  The well-equipped staff can help you select a cigar or a beverage to begin your relaxation.

The Beale Street Cigar Festival is a three-day party!  Friday night begins with some live music.  Blues and jazz, filled with local flavor, fill the air on this first evening of the event.  Food trucks which have some great local fare such as po boy sandwiches, barbeque ribs and catfish, line Peabody Street in between Havana Mix and Handy Park, where the event takes place.  On Saturday, a tent is set up with many high end cigar brands and their reps giving the people great deals on boxes and singles.  The likes of DJ Spinderella and H-Town fill out the musical bill and Alec Bradley, Rocky Patel and Karen Berger fill out the cigar bill.  Whether you are in Havana Mix or out at the festival, you can put some smoke to meet up with the music in the air!