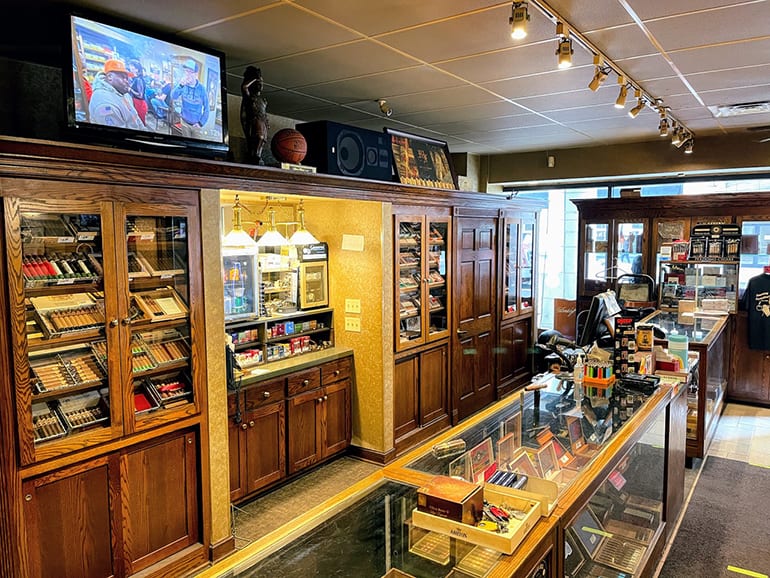 In 1939, a man named John H. Uhle opened up a tobacco and pipe shop in downtown Milwaukee, Wisconsin.  Mr. Uhle would sit in the front of his store and repair pipes and blend pipe tobacco throughout the 1940’s.  In the 1950’s, he would sell his tobacco and pipes to retailers throughout the Midwest, which is still part of their business to this day.  But nowadays Uhle’s is known as being Milwaukee’s mecca of cigars in addition to pipes.  A super knowledgeable staff greets you when you walk in the door and assists you with your cigar selection.  There is not a walk-in humidor present in Uhle’s, and that is because current owner, Jeff Steinbock, insists that you ask a tobacconist for their assistance in your cigar selection.  “People get lost in walk-in humidors because there are so many cigars.  Then they wind up just going to a cigar that they are familiar with and then they never try anything new.” says Steinbock.  In Uhle’s, there are nothing but cabinet humidors.  This really entices the customer to ask where a certain cigar may be, and by doing so, engages the conversation with the tobacconist. 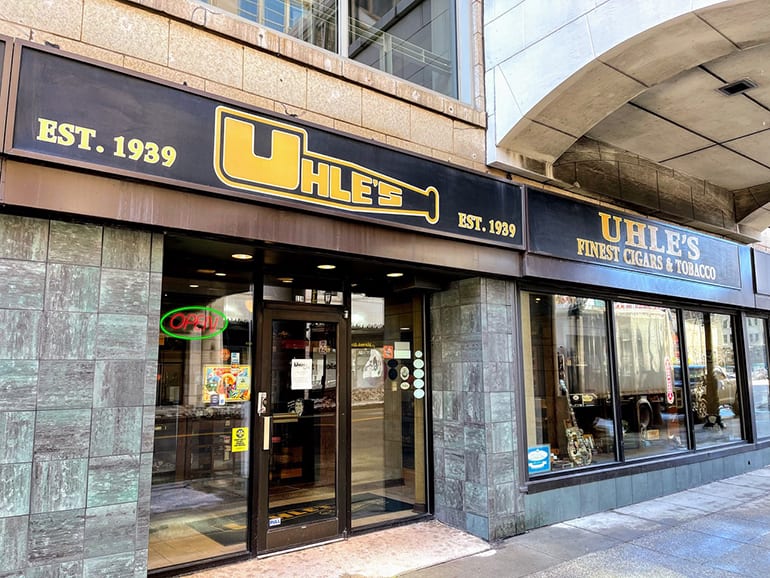 Tobacconist Dario Wilson implores that the customers ask for his guidance!  The last thing he wants is a customer smoking the wrong cigar.  A full bodied cigar being smoked by a newbie is a recipe for disaster!  He, along with the other fine cigar geeks working the counter will not steer you wrong!  And they might pour you a glass of whiskey to wet your whistle.

But the big attraction to Uhle’s is nostalgia!  When you walk around Uhle’s, you are soaking in the ambiance of a cigar shop that has existed for 60 years before the cigar boom!  Not too many stores can boast that!  You can talk to Jeff and the crew and hear about all of the famous people and dignitaries who have made their way through these halls over the years and smoked a cigar to take a break from the hustle.

And lastly, don’t forget to ask Jeff about his guitars.  The man loves to make guitars, but does not know how to play them!  The guitars wind up becoming beautiful wall art.  You can also ask Jeff about his ballroom dancing, after 20 years of practice, he’ll tell you that he is just now getting the hang of it!