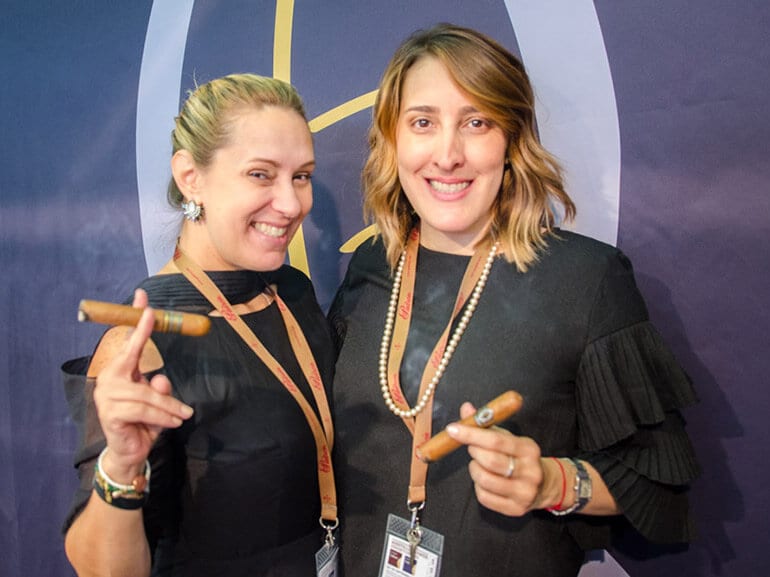 When Manuel Quesada turned 70 earlier this year he decided to celebrate with a new cigar. At InterTabac the MQ70 was introduced to the European market. It comes in two different sizes, Toro and Belicoso.

“He always joked about that he never thought he’d make it to 70, so he created this cigar to commemorate the fact that he did,” his daughter and director of international sales, Patricia Quesada, says. “It really is his cigar. He decided on everything and he’s the only one who tasted the blend during the process. He said that if no one buys them, he’ll smoke them all himself. Fortunately people love it.”

The cigar was launched at the ProCigar Festival in the Dominican Republic in February. “They had a whole ceremony in his honor and he actually cried. I’ve never seen him do that, so it’s a very special cigar.“

Another cigar launched in Europe at the trade show is the Barberpole, part of the Reserva Privada series. “We combined the Reserva Privada Natural and the Reserva Privada Oscuro. They’re all the same blend, but we used both their wrappers. It’s a medium cigar with 20 year old aged tobacco. You can really tell the difference. It’s smooth with an intense aroma. Time does good things for tobacco.”

Also new is the Quesada Oktoberfest presentation. Like last year Oktoberfest Nicaragua comes in a box shaped like a bierhaus, but with a blue roof this year. It also has a white band instead of last year’s blue, and so does Oktoberfest Dominican. “We do that because some of our customers want to know which year’s edition each cigar is.” 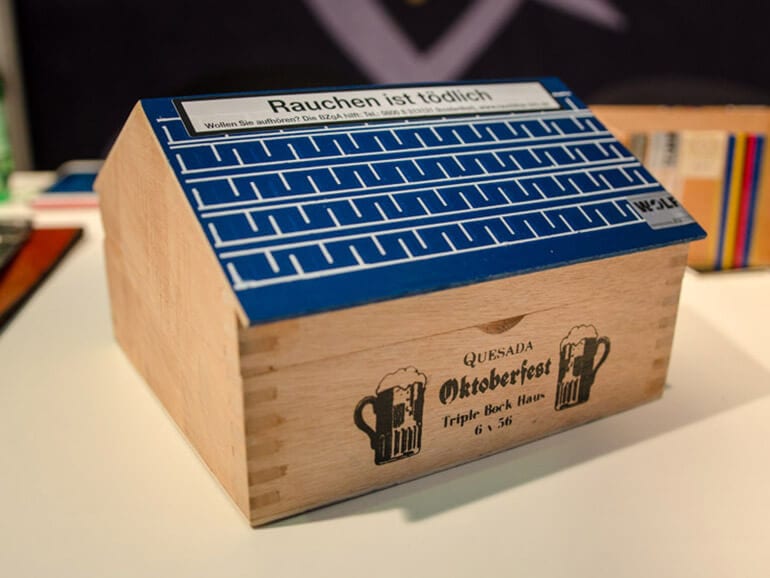 At the moment Quesada Cigars are sold in twelve European countries, but in order to grow Patricia Quesada has made a move from the US to Spain.

“I worked at the factory in the Dominican Republic for 18 years. After that I was in charge of sales in the US for three years. Now we want to grow in the European market. We don’t have the same coverage here so we want to get better distribution and grow where we’re already present. For that we need to visit the consumers and attend events.

She also has a personal goal, to promote Dominican cigars.

“It’s a very Cuban oriented market, which we respect. That’s where we got started, but we want to show cigar smokers that the Dominican also have great cigars. We want people to try them, and once you do you’ll know. “ 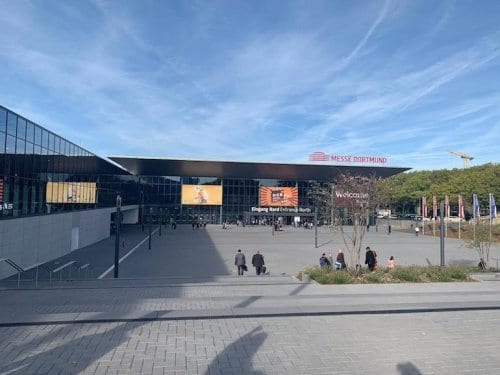 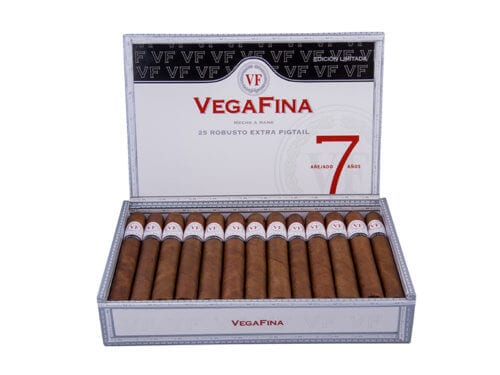 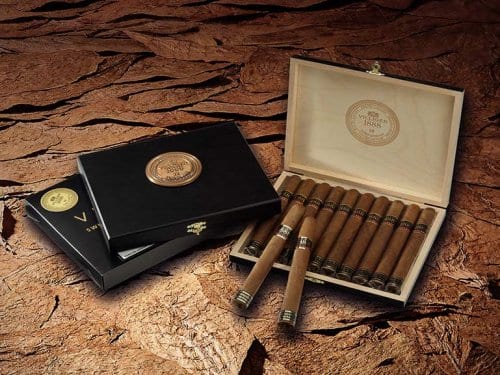 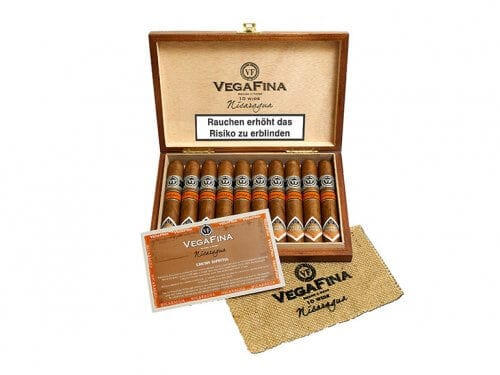 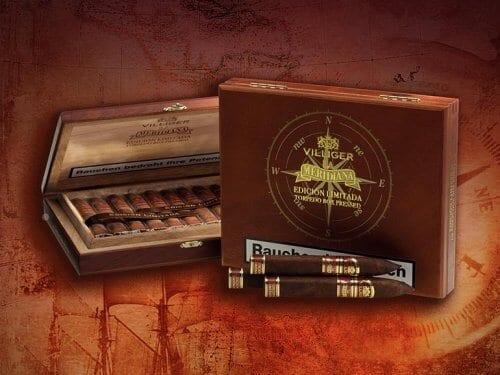 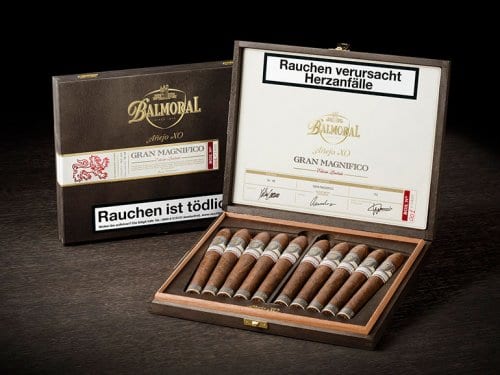