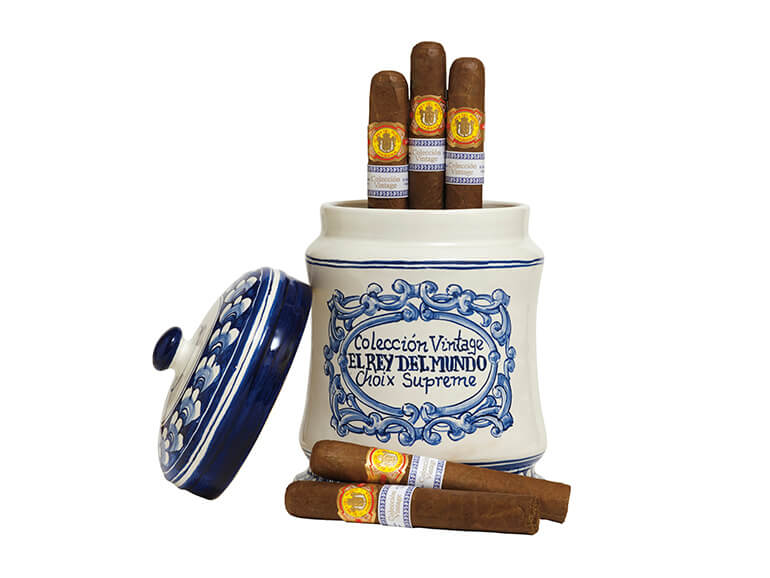 For the last seven years, Habanos has been releasing special editions only for the Spanish market: the “Colección Vintage” (Vintage collection) cigars. The cigars are sold in unique handmade jars from the traditional Talavera de la Reina’s china, in Toledo, Spain.

The latest of those releases is about to arrive to the market: the El Rey del Mundo Choix Supreme Colección Vintage. This limited release includes nineteen cigars aged an extra five years in a spectacular jar made of china, manufactured in the well-known Habanos jar factory Talavera de la Reina.

El Rey del Mundo Choix Supreme is an Hermoso Nº4 (127 mm x 48), a vitola just a little thinner and longer than a Cuban Robusto (124 mm x 50). It’s range of flavor is smooth to medium, sweet, aromatic and slightly spicy, in the most classic line of aroma and taste of the Habano’s tradition.

The jars are replicas of originals used by Partagás nearly a hundred years ago, that in the twenties of the last century commercialized the cigars in decorative items of china, some of them made in the La Cartuja factory in Seville, others produced at Talavera de la Reina.