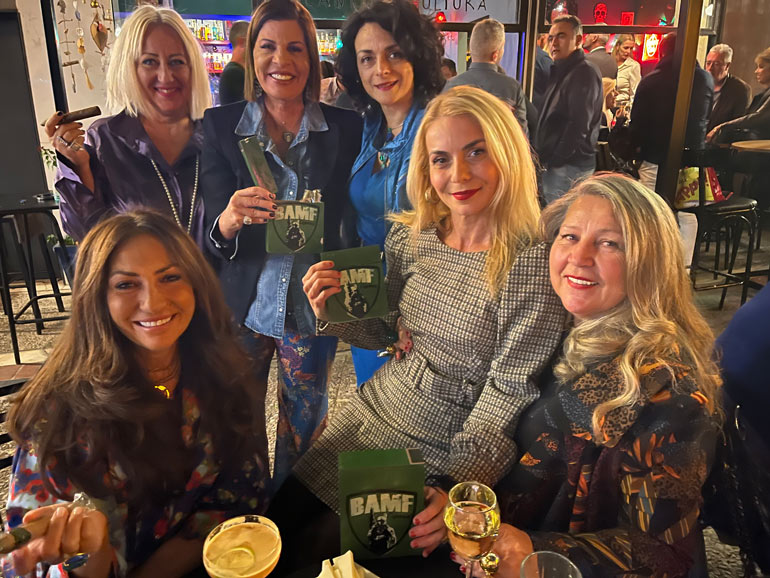 SOTL Global Movement and Sisters Of The Leaf Greece continued the series of SOTL & BOTL Coalescence in Athens Greece.

On Oct 20th 2022, the SOTL Global Movement and the Sisters of the Leaf Greece, brought the series to Greece, and more specifically in Chalandri, an Athenian suburb full of elegance.

The event was hosted at the beautiful and inviting SOUREAL, where Greek famous DJ Sanie Baltzi welcomed everyone with endless music and the kind of warm hospitality that suggests boundless fun all night long.

The hosts, SGM Founder Dr. Anastasia Psomiadi and SOTL Greece Vice President Anna Kontoleon greeted all SOTL Global Movement and SOTL Greece members, along with friends and family, by offering them a B.A.M.F. green tip cigar blended by Carrie Rodriguez and her husband Ismael R. Olivan at the R.O.C.F. (Rodriguez-Olivan Cigars Factory). It was the first time that Greek aficionadas and aficionados tried a B.A.M.F. cigar; and the rave reviews became the main conversation amongst everyone who attended the event.

All guests were able to converse with world famous artist of wood, Mr. Christos Karnabakos from Bespoke Humidors who attended the event, and also had the opportunity to digitally connect with the owners of The Rodriguez-Olivan Cigar Factory, the SOTL Carrie Rodriguez, her husband Ismael R. Olivan and SGM Chief Development Officer Lefty Karropoulos.

SOTL Global Movement is an organization whose goal is to introduce more women to the cigar world, to inspire and lead them to extraversion, to empower them to raise their voices, to motivate them to create cigar communities, and in collaboration with men, to develop a better environment for aficionadas and aficionados. 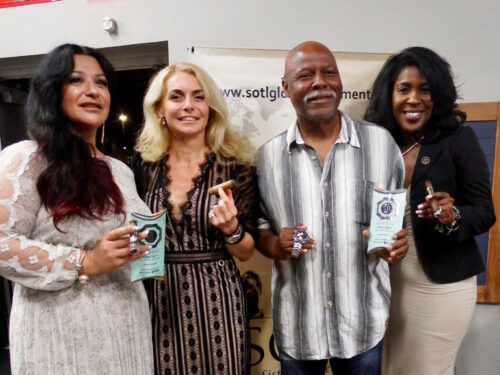 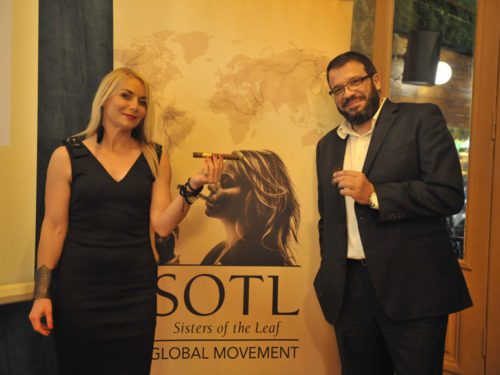