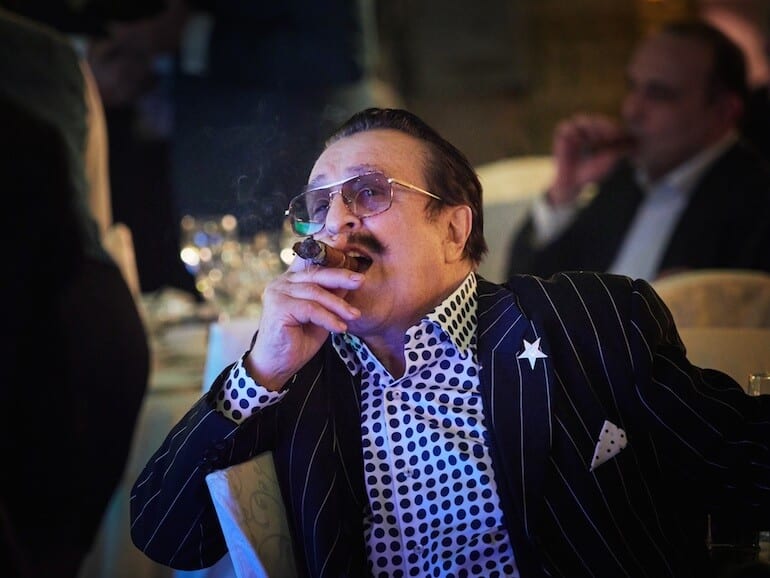 The 83-year-old Russian-American singer-songwriter Willi (Vilen) Tokarev is still in remarkable shape and will be giving his only concert in Estonia on the 8th of June. The concert will be held at the Tallinn Song Festival Grounds during the Fine Spirits & Cigar Weekend.

“Dear friends, let’s all gather at the festival where we will be accompanied by the best people and cigars in the world,” Tokarev said, exhilarated about his upcoming trip to Estonia.

Having emigrated from the Soviet Union to New York in 1974, the artist has gained popularity both in the Russian community of the USA and all over his vast motherland. In Tallinn, Tokarev will be performing all of his most beloved songs including the chansons and other catchy hits.

Willi Tokarev moved back to Russia in 1996 and is now a citizen of honour of the Tagansky District in Moscow. Despite his advancing years, Tokarev’s career is not showing any signs of fading – on the contrary, he is a cherished artist on several continents and keeps surprising his fans with new tunes up to this day.

Willi Tokarev has also promised to take part of the Habanos Gala Dinner on the 9th of June, where he will be performing a selection of his best songs.

“Not so long ago, some European experts tried to answer the question of why there is such a long life span in the small country of Cuba. The answer lay in cigars, coffee, rum and sex,” said Willi Tokarev, Special Guest Star of the 2018 Fine Spirits & Cigar Weekend in Tallinn.

Mr Tokarev, you are 83 years old and still in excellent shape. Can you reveal your secret to us, please?

Willi Tokarev: For a full answer to this question, some conditions will have to be listed. I have completely eradicated laziness from my life – the disgusting feature of man (laziness, by the way, shortens life).
Furthermore, I never envy anyone and do not count other people’s money: envy is a disgusting quality, which also shortens life. As you can see, there are not so many secrets.

It seems like there is one more: in one previous interview you said that your key to longevity is not less than 100 g of vodka every day. Is it like this until this day? Or has the dose decreased over the years?

Willi Tokarev: This dose of alcohol is not only harmless, but also beneficial. The key is doing it on a regular basis, without taking a pause. What is more, I have not smoked a single cigarette in my life – for 50 years I have only been smoking cigars. As you know, the cigar is not tightened. It is also known that when nicotinic acid enters the bloodstream it strengthens the cardiac muscle. Thus, the cigar – it helps the heart!
No cigar smoker has died of a heart attack, but only with pleasure. Not so long ago, some European experts tried to answer the question of why there is such a long life span in the small country of Cuba. The answer lay in cigars, coffee, rum and sex.

What does your typical day look like? Is there a good cigar among your everyday habits?

Willi Tokarev: My day begins with an easy morning exercise, a certain breakfast, my personal cigar “Willi Tokarev” which was first released for me by Konstantin Bossner, and then by the Russian cigar union. Only 38 people in Russia have a cigar with their own name and I am proud to be one of them.
I also dedicate time to my “professional affairs” – writing poems and music, arranging songs. This is my day. Not to mention strolls in shops or meeting with friends.

You are constantly improving your repertoire with new tracks. Where do you get the inspiration for creativity, and who are the “heroes” of your stories?

Willi Tokarev: My songs are prompted by life itself: I saw something, heard something, someone told me something.
My inspiration is aided by the excellent mood given to me by my friends, my children, my beloved wife. Of course, my producers and my fans inspire me. It is necessary to be in a good mood while composing, for the song to turn out interesting.

Willi Tokarev and Estonia – your thoughts?

Willi Tokarev: I am sure that Estonia will only improve in its attractiveness. It is an amazing country which you want to visit over and over again.
It retains a special culture from the past, both in people and in architecture. I love this country and its talented people. And I’m happy that I wrote a song called “Tallinn” not that long ago.
Long live the friendship between Russia and Estonia!

Interview by Ines Vapper and Veiko Visnapuu
Photo: Willi Tokarev is a fond admirer of the cigar culture & Cigar Weekend. 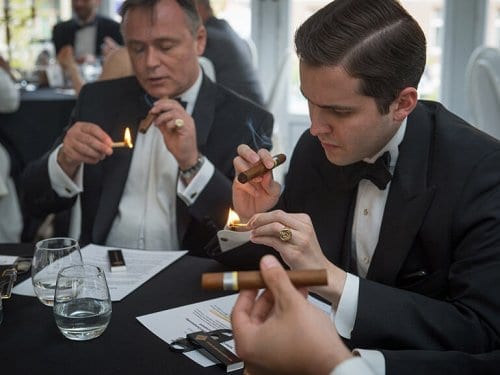