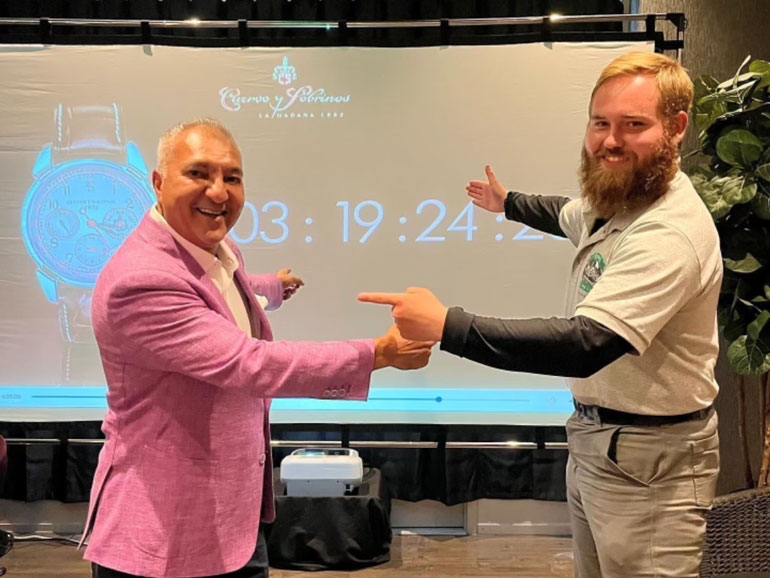 Cigar Smoking World Championship founder Marko Bilic called it one of the biggest surprises in CSWC history when the US final took place at BURN by Rocky Patel in Indianapolis, Indiana this weekend. After 17 pre-qualifiers around the country the last man standing was the winner from the absolutely first one.

On June 23 Drew Emch won in Apex, North Carolina when he smoked for about one and a half hour. In Indianapolis he more than doubled that time. Dalton Cole, this year’s champion from Atlanta, Georgia, watched from the sidelines as his otherwise amazing time of 2 hours 16 minutes and 46 seconds “only” resulted in second place.

Emch’s time of 3 hours 19 minutes and 24 seconds isn’t just the winning time in the US; it’s the season record and the best official time ever on the Rocky Patel competition cigar. But only by so much. German champion and former world champion Hauke Walter was beaten by just 22 seconds.