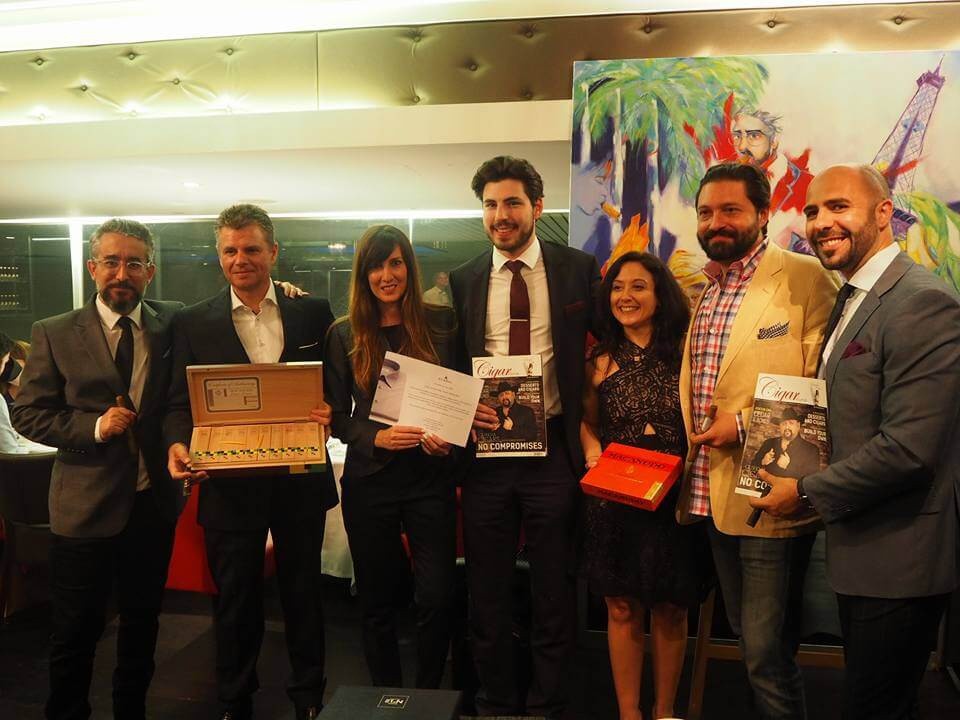 At the Cercle Foch restaurant, near the Arc de Triomphe, fourteen competitors fought for the first place under the oversight of the founder of this international competition, Marko Bilic, owner of the Club Mareva in Split. Darren Cioffi, who already won several times, gave a great performance. The American competitor beat his own record, with 2 hours 50 minutes and 9 seconds for a Macanudo Inspirado Mareva!

«This victory is very important for me, not only because this is a new world record. It’s now more than twenty years I come every Fall to Paris, to attend le Salon du Livre et des papiers anciens (an ancient books and postcards fair trade), were I buy some old tobacco bands, memorabilia and posters… So this is a great symbol», said Darren Cioffi.

«Usually it’s not our way to enjoy cigars. I didn’t know a competition like this could ever exist. But the atmosphere is electric and amazing », says Nicole Pinel, a woman competitor.