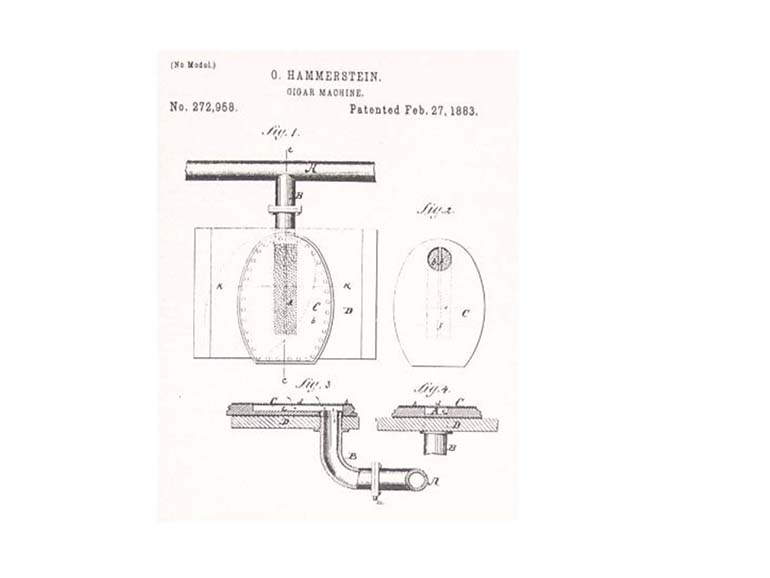 The U.S. National Cigar Day is coming up on February 27. This is a great excuse to indulge in one of America’s favorite tobacco products.

Oscar Hammerstein (1845–1919) left his native Germany for New York City where he became a cigar maker. He invented the cigar-rolling machine (patented February 27, 1883) that was the beginning of the mass production of cigars in the U.S.

Hammerstein was the grandfather of the great American lyricist Oscar Hammerstein II.

Hammerstein made ends meet initially by working at a cigar factory on Pearl Street. He worked his way up to become a cigar maker himself and founded the U.S Tobacco Journal. He would eventually become the owner of at least 80 patents, with most of them being related to the machines he made for the cigar-making process. His most well-known contribution to the cigar-making process is adding an air-suctioning component to the traditional cigar-making machines, and the component would hold down the tobacco leaves firmly so that they could be cut more cleanly.

The initial machine only sold for USD 6,000, but later reinventions would boost his machine’s worth to around USD 200,000. Another invention that Hammerstein created was a more efficient plumbing system for his sink when it had leaked one night. He also moonlighted as a theater manager in the downtown German theaters. He became wealthy industrializing cigar manufacturing, and his tobacco fortune provided the money he used to pursue his theater interests.