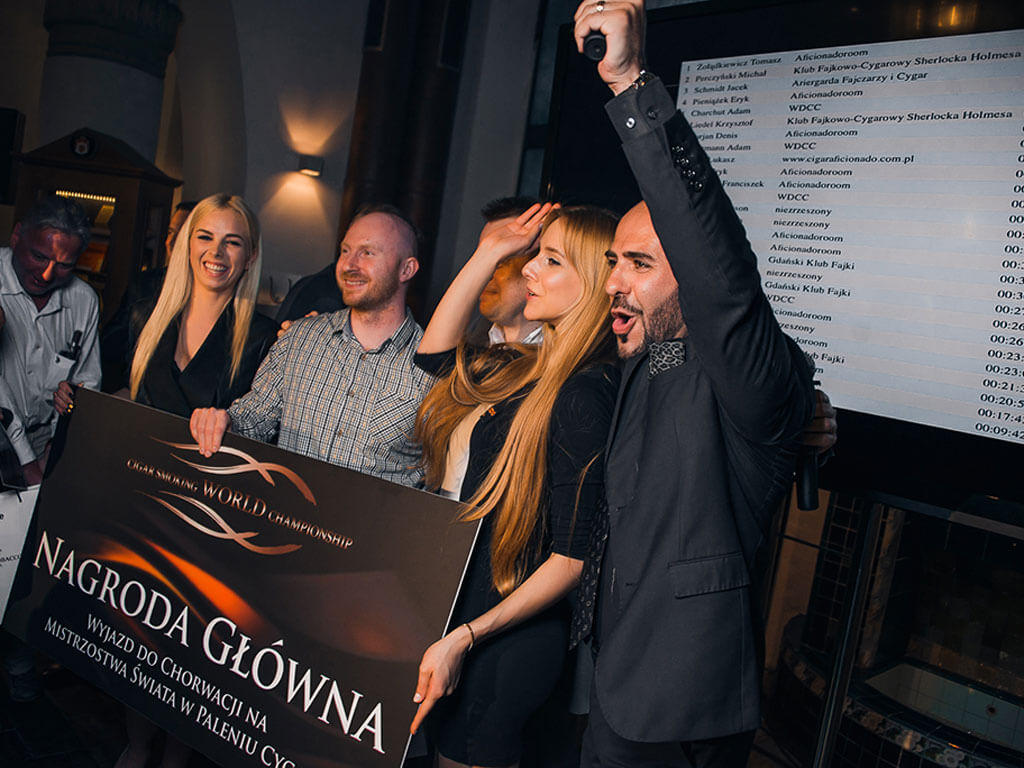 The first national slow smoking tournament in Poland was held in Warsaw on June 3rd, 2016. The winner of the competition, Mr. Tomasz Żołądkiewicz, finished the Macanudo Inspirado Petit Corona in 1 hour 49 minutes and 19 seconds and he will represent Poland at the Cigar Smoking World Championship (CSWC) in Split/Croatia in September.

Almost 30 participants and more than 40 observers gathered in the old art-deco building which, 100 years ago, served as a Turkish bath and changed into the restaurant & cigar club Rico’s Concept, situated in the old town of Warsaw. Maybe it was the glamorous surroundings or the challenge to represent Poland at the CSWC that increased the temperature and tension among participants from the very beginning. Only five competitors survived the first hour, among them experienced pipe-tobacco smokers like Michał Perczyński and Jacek Schmidt. But it was the young Tomasz Żołądkiewicz who managed to stay in the “race” for much over one hour. He competed with himself for over half an hour and finished unrivalled with the time of 1:49:19.