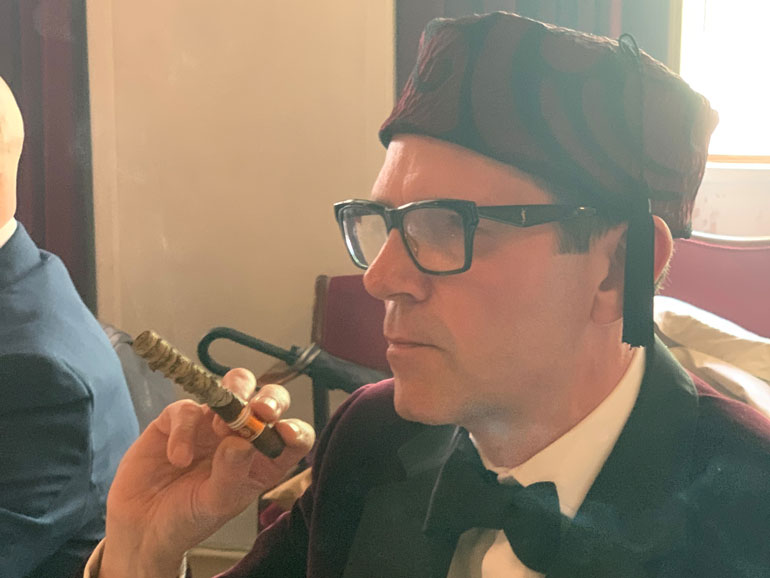 More than 50 slow smokers from Denmark and Sweden participated when the two countries co-organized their qualification rounds of the Cigar Slow Smoking World Championship. With both defending champion Henrik Kristenson and world record holder Igor Kovacic being from Sweden the country was expected on beforehand to dominate the competition, but it turned out to be mostly a Danish affair.

“All eyes were drawn to this CSWC qualification round due to the big names,” CSWC founder Marko Bilic says.”Some of the best world slow smokers participated so the outcome was a huge surprise and proof that CSWC is a sport in which anything can happen.”

First off, Kristenson wasn’t able to attend, so when Kovacic’s cigar suddenly burned out after only one hour and 15 minutes, Sweden had lost two favorites to the title. The second surprise of the night was when the cigar of reigning Danish champion, Nick Schwanley, unexpectedly lost its fire.

“Halfway in he was in a comfortable lead with Michael Iversen from Denmark and Mikael “Zeke” Zander trailing,” judge and organizer Pierre Gustavsson says. “Then his cigar suddenly started burning up on one side, and in 20 minutes he was out of the race.”

In the end he finished eighth, but Denmark still snatched the top six places of the competition. At 1 hour, 46 minutes and 10 seconds, three-time Danish champion Michael Iversen once again took home the title. No surprise there. The runner-up could have been Swedish, though.

“If Zeke hade only raised his hand earlier he’d finished second or third,” Gustavsson says. “Instead he burnt the ring and got a 15 minute penalty.”

Even though it pushed him down to seventh place he was still the best Swede and will therefore represent Sweden in the finals in Split in September. His final time, including penalty, was one hour 30 minutes and ten seconds.