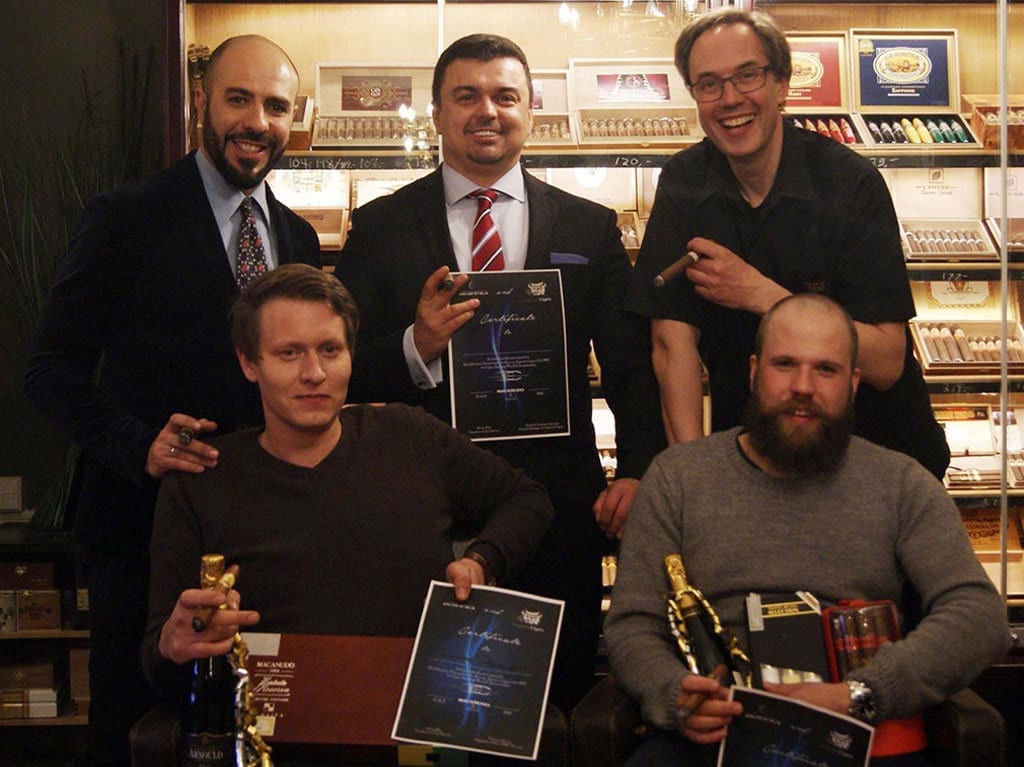 Christoffer Wahl Sundli made an impressive debut and finished his Macanudo Inspirado Petit Corona after 1 hour and 16 minutes as the slowest Norwegian smoker. He will participate in the CSWC final in Split, Croatia in September 2016.
Trond Thomsen, took second place with 1 hour and 1 minute smoking time.
Third place: Knut Are Hole, 54 minutes (not present in attached picture).

The three best smokers received a box of Macanudo cigars (3 different versions) and one bottle of Champagne each. In addition the winner received a collectors pack of three aged Cuban cigars.