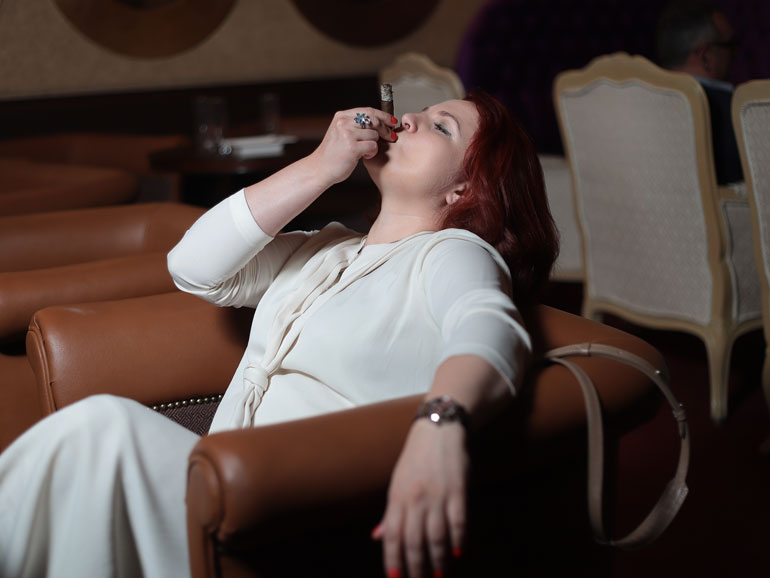 Azerbaijan recently held its first ever Cigar Smoking World Championship qualification round. 31 participants, not only from Azerbaijan, but also Belarus, Kazakhstan, Ukraine and Estonia took part. All eyes were on Elnur Adilov, who’s consistently managed to perform around two and a half hours over the past few years. Someone else stole the show, though.

“I was surprised and happy to win,” Nata Sandler says. “This is only the second tournament in my life, so I knew that I was surrounded by participants with much more experience. I tried not to be distracted despite all the joy and celebration around me, though.”

Adilov’s cigar actually went out after just 48 minutes. After an additional 36 minutes the last competitor was eliminated and for the final half hour she smoked alone.

“It’s a pity that there were no competitors left at the end. I could probably have smoked for at least 20 minutes more, but my concentration slightly weakened and as a result the cigar went out.”

All in all organizer Yevgeniy Zhidkov was satisfied.

“I see winning potential in Azerbaijani athletes,” he says. “Maybe not at this year’s World Cup final in Split, but in the future for sure.”