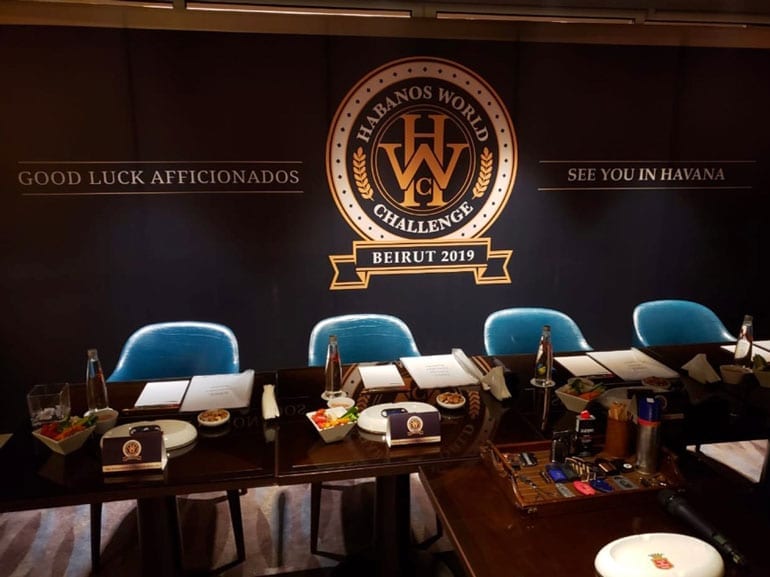 Phoenicia Trading, the world’s larget distributor of Cuban cigars, promoted the preliminaries of the Habanos World Challenge at three key countries at their market from December 2nd to 5th, 2019.

The Habanos World Challenge is a relative new competition that evaluates the knowledge about the world of the Habanos. The competition consists in a knowledge test, a demonstration of cutting and lightening, a cigar blind test and a presentation of a Habanos Moment, where are evaluated a simulation of a cigar moment and a pairing of the cigar with drinks and food.

As the traditional Habanossommelier is focused on professionals, the new competition is focused on the cigar enthusiasts what makes it more inclusive. Another difference between then is that in the Habanos World Challenge the teams are composed by two persons. It also turns the HWC in a great opportunity to develop the market since people start studying more about the Habanos and trying different brands and sizes.

The competition generates a lot of content over the social media as well since virtually all cigar smoker are able to compete and they get involved somehow with the processes.

With a team from Cyprus winning the 1st edition of the competition last year and always bringing a lot of teams to the finals in Havana, Phoenicia Trading seems to have cleared understood the opportunity to turn the promotion of the HWC into a cigar sales increase.

“The Habanos World Challenge is an annual opportunity for cigar enthusiasts to gather, interact, learn and enjoy the Habanos culture” says Walid Saleh, C.E.O. of the company.

Another hightlight of those three preliminaries fases was to realize how the Habanos are becoming more popular among women. Two teams composed by a man and woman competed in Cyprus among seven teams, two among five in Lebanon and one in Dubai among seven, with the winning teams in Cyprus and Dubai being composed by then.

Those three countries are on their third edition of the challenge and every year more people are looking to give the competition a try.

“It is a must try experience for any cigar amateur who wishes to become a true Habanos enthusiast” adds Walid.

The three countries representatives will join Brazil, that did its preliminaries earlier this year, at the finals at the 22nd Habanos Festival at Havana in February of 2020. More countries are expect to select their teams until the date.