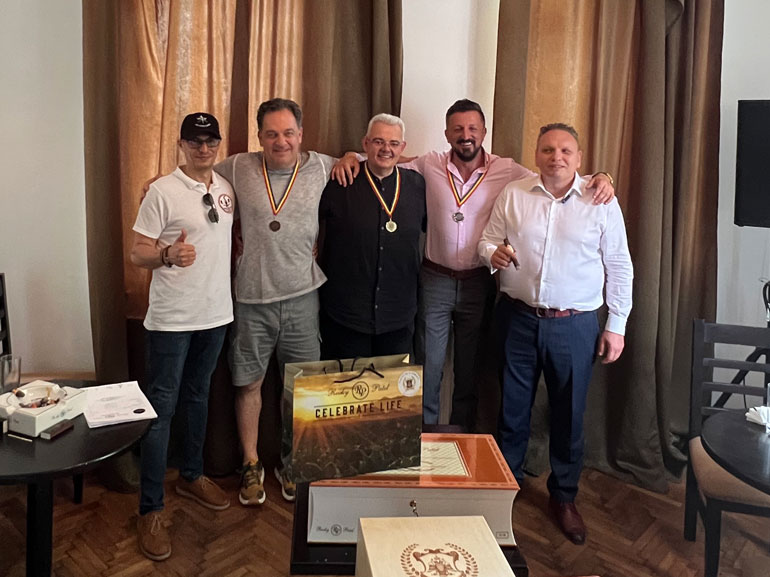 It was never rally any doubt. Six smokers managed to stay with him for an hour, but then they dropped off one by one. When Lucian Laza’s cigar went out at 1 hour, 37 minutes and 39 seconds, Matei was the only one left, for almost another hour.

“Felix Matei confirmed his status as the best Romanian smoker,” organizer Radu-Alexandru Cucuta, says. “He improved his time from last year and set a new national record, despite the penalty.”