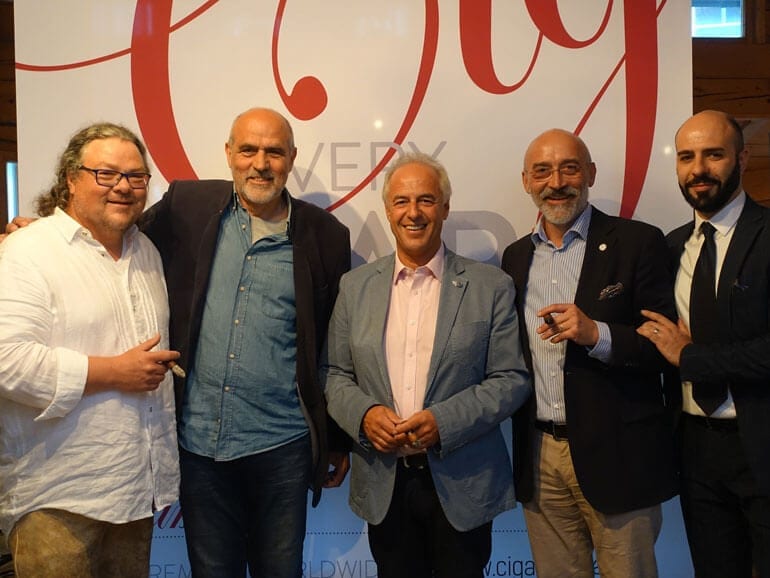 For the second time cigar lovers gathered to Schladming for the CSWC qualification in Austria. 31 participants from Austria and Germany smoked at the slowest time, but the competitors from Germany were only allowed to compete in the world ranking.

As in the previous year, the competition was organized by the Innsbruck Clan Cuilleré (Club of Connoisseurs). Insurance brokers Mirko Ivanic, Reinhold Widmayer from the Cigar Journal and the president of the clan Peter Gaudenzi were a well-rehearsed team and organised a smoky weekend at the Sporthotel Royer. „Last year, our qualification tournament was even honoured as the best in the world at the World Championships in Split. There was a bit of pressure there,“ Gaudenzi smiled. In addition to the 31 participants, Marko Bilić was also there again and was enthusiastic about the exciting competition.

Austrian Champion 2019 became Albert Scholz with a time of 1:46:25. He will represent Austria in September at the World Championship in Split. The second place of Austrian’s CSWC qualification went to Daniel Friedenthal with a time of 1:33:34 and just behind him in third place was Gerd Ivanic with a time of 1:32:48. The best Austrian lady is Andrea Palmer with a time of 1:00:59. Hauke Walther from Germany smoked the slowest of all participants and worked his way up from 3:13:12 to third place in the world ranking.