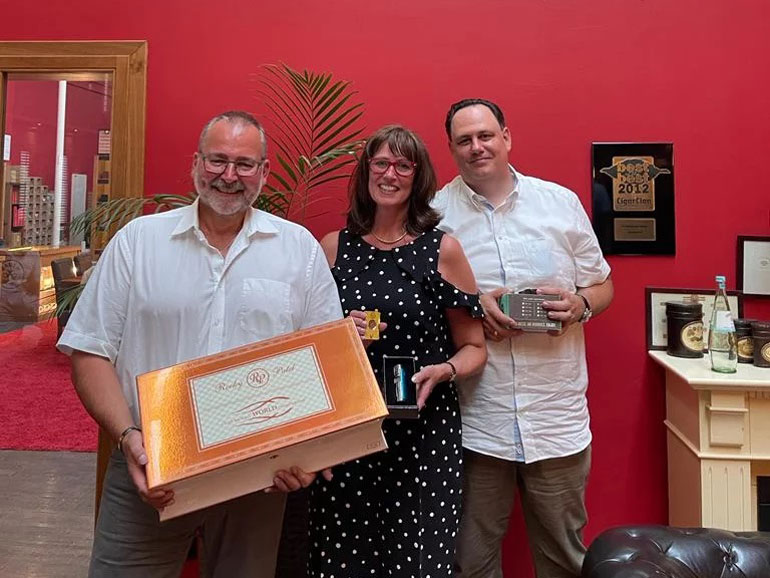 3 hours, 19 minutes and 2 seconds. Former world champion Hauke Walter did exactly what everyone expected at the German Cigar Smoking World Championship qualification round in Dusseldorf, and more. He became the first smoker this season to beat the three hour limit, and he kept going almost one and a half hour after the last competitor was eliminated.

“Hauke Walter did an outstanding job,” CSWC founder Marko Bilic says. “He took the initiative from the start and he also set a record, performing the fastest official time on this particular Rocky Patel competition cigar.”

With this result Walter now remains unbeaten in his home country.

“He is a fantastic competitor, a true champion who is completely focused and dedicated to the main goal of pushing that competition cigar to its absolute limits,” Kolja Kukuk, CSWC Judge, says. “I believe it will be thrilling to witness him at the Grand Final in Split this year.”

Worth noticing is that Walter’s wife, Astrid, came in third.