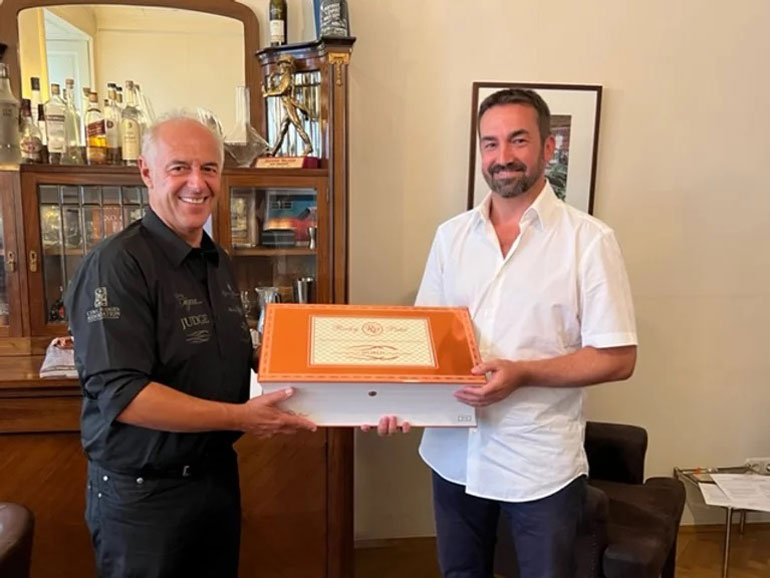 The Austrian qualification round of the Cigar Slow Smoking World Championship featured some very experienced slow smokers this year, like Daniel Friedenthal. In the grand finale 2019 he was in the top three and he holds the sixth best time ever at 3 hours and 10 minutes. 2022 wasn’t his year, though, even though he finished third. Instead there was a surprise winner after a very dramatic ending.

“1 hour 35 minutes and 37 seconds is really just a warming up time for Daniel,” founder Marko Bilic says.”Aside from that it was a razor-thin victory margin of 36 seconds for the new Austrian CSWC champion Oliver Walla. Ali Iravani, who’s a great and solid slow smoker, came in second with a time of 1 hour, 40 minutes, and 42 seconds.”