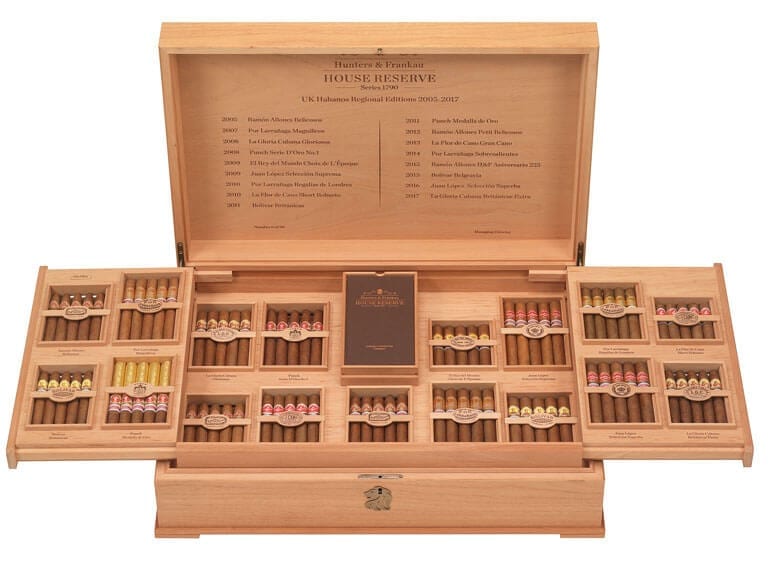 In a world exclusive, Cigar Journal can reveal that a new Regional Edition and a series of aged and rare cigars from Hunters’ reserves will be introduced – including 30 specially-commissioned humidors containing 170 sticks. It is expected to retail at around £58,800.

The UK cigar trade will gather at The Hyatt Regency Churchill Hotel in Portman Square, London, on Monday night, where guests will be treated to examples of the new UK Regional Edition – the El Rey del Mundo La Reina.

The name was coined by Simon Chase in one of the last of his many contributions to the cigar industry in the UK and beyond. The former Marketing Director of Hunters & Frankau passed away earlier this year. Le Reina means The Queen – a fitting accompaniment to both the brand (El Rey del Mundo means King of the World) and to the UK’s reigning monarch, Queen Elizabeth II. 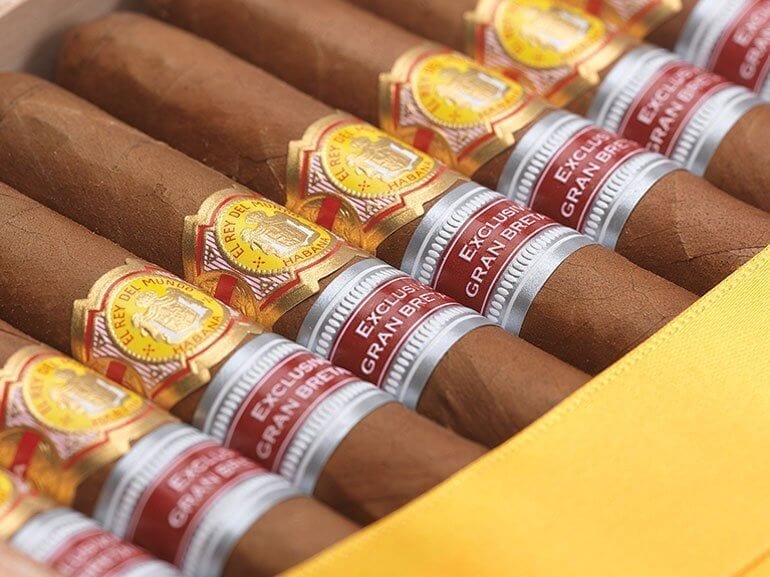 Hunters & Frankau’s intermittent Series 1790 will also being announced. Collection Number One will be the DeART-constructed humidor, which houses each of every UK Regional Edition released from 2005-2017. Other releases in the Series 1790 – so named for the foundation of the original company – will follow.

Each year, the Hunters & Frankau lays down an unspecified number of boxes it recognises as being of particular note; this has included first releases, discontinued lines and Limited and Regional Editions as well as Reservas and Gran Reservas. The first batch of these Aged & Rare cigars, laid down since the turn of the century, are now also being released with an additional gold footband, presented in their original boxes. It is estimated that the 2019 Aged and Rare releases will number no more than 5,000 cigars in total – and include such delights as original release Cohiba Siglo VI from 2003; Bolivar Coronas Gigantes from 1999; and Punch Punch from 1996. 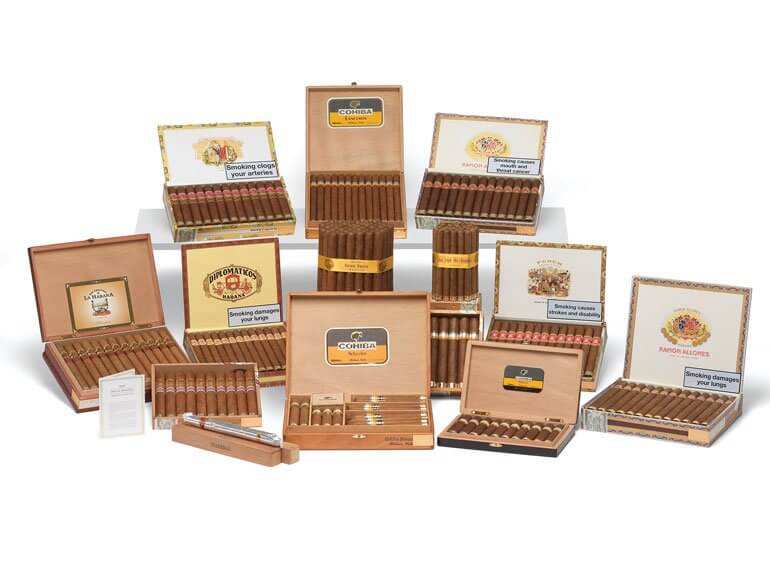 More in-depth analysis of the cigars and the humidor will follow this week.