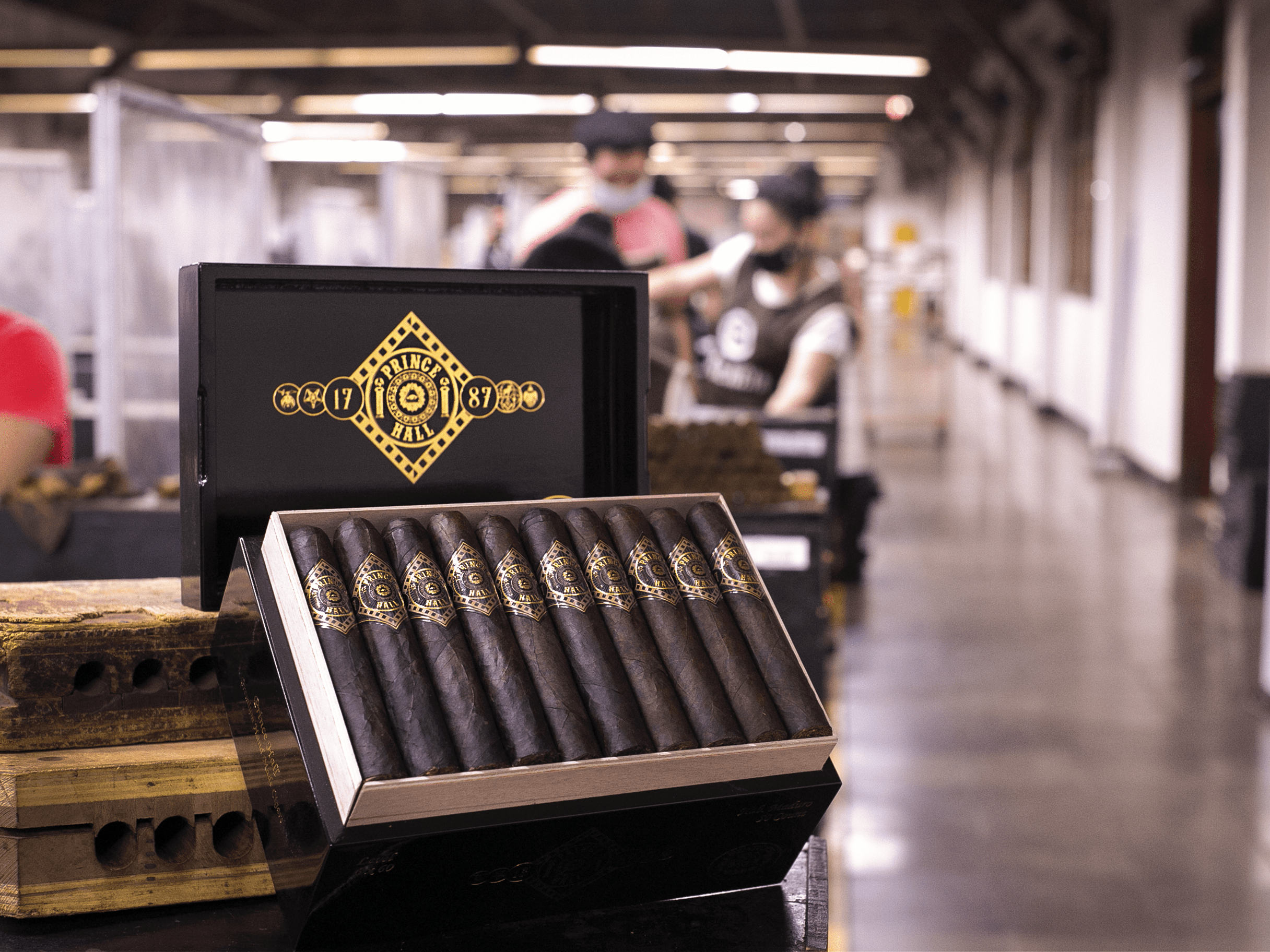 The genesis and creation of the brand started over a year ago, but due to COVID-19, is just now making its way to market as a regular production cigar. The impetus behind the brand was a desire to recognize and honor a great man and legend in the history of The United States and Freemasonry, Prince Hall. He was known as one of the most influential free black leaders during the founding of The United States in the 1700’s, fighting slavery as one of the leading abolitionists and for equal education rights. He is also famously known as the father of Black Freemasonry which, to this day, is known as Prince Hall Masonry.

His contributions to the black community in the late 1700’s were many and he accomplished them as a free man and citizen of The United States. He was also a business owner and it is believed he served in the Continental Army during the Revolutionary War.

Prince Hall became interested in the Masonic fraternity because Freemasonry was founded upon ideals of liberty, equality and peace. His love of these ideals is what drove him to become one of the first black members of Freemasonry in The United States. However, they were not considered a “full” Masonic lodge until 1787 when Prince Hall received a charter from the Grand Lodge of England, the mother of all Freemasonry. In 1787, African Lodge No. 459 became African Lodge No. 1 with Prince Hall as the head of the Lodge.

David Blanco of Blanco Cigars is also involved with another Masonic oriented cigar brand as their Master Blender and cigar producer through the family factory. He also assists with design and packaging while Blanco Cigars acts as their importer, provides warehousing services and manages their supply chain logistics throughout the world.

As a result of this close relationship, it was initially discussed that Prince Hall become a collaboration between the two companies with Blanco Cigars as the production side of the equation. However, David felt the focus of Prince Hall Cigars should be the man, not only “Freemasonry” as a brand. As a result, interest waned in the project as a collaboration and Blanco decided to proceed on its own, bringing Prince Hall Cigars to market as a stand-alone brand by Blanco.