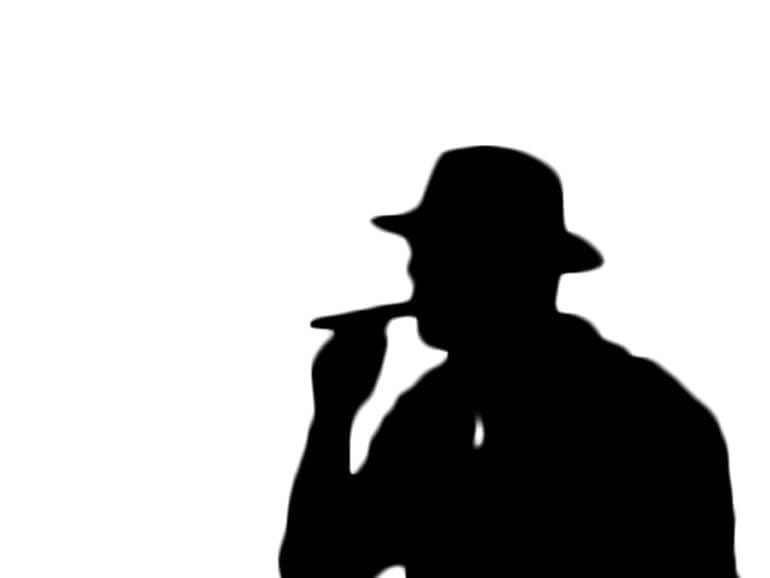 Working in the cigar business sounds like a dream job to some consumers. David Garofalo interviewed a representative in his podcast The Cigar Authority on April 6, 2019, who ruthlessly points out the downside.

This interview first appeared on www.cigarauthority.com

Cigar Authority (CA): I’m talking with a cigar rep who asked that he remain anonymous for a few reasons.  For one, to protect his job and livelihood.  He’s a cigar rep and some of the information he is going to reveal might not be to the liking of the companies that he works for.  These companies, his name, his territory, and what he covers now and those that he covered previously will remain anonymous, and his identity will be protected and never revealed.

Today from parts unknown is a cigar broker or a cigar company repetitive… we’re going to call him REP X.

CA: Welcome to The Cigar Authority.

CA: As you can see, we have no audience as promised, and we have changed your voice so it cannot be detected for your protection.

REP X: Thank you for that, as my future in the cigar industry is at risk, i wish to tell you and you’re listeners what is usually said behind closed doors or not said at all.

CA: Well, thank you representative x, I appreciate you coming to The Cigar Authority and giving us the opportunity to talk with you today.

REP X: I’ve listened to other shows and I’ll tell you this, there wasn’t a lot of options, most of the others sucked and would probably fuck it up and blow my cover.  I trust that you are doing your best to protect my identification.

CA: Well, We have done everything we can, and hopefully for your sake, I hope it stays that way because I’m going to be asking you some tough stuff.

CA: First off, what is the difference between a Cigar Broker and a Cigar Representative, and which one are you?

REP X: I’ve been both, and i would rather not say which one i am currently for obvious reasons.

REP X: A cigar rep is an underpaid representative of a single company, and within that single company are probably various brands.  A rep would represent all those brands in that company. A rep typically works for one company only, and gets a base salary and some bonuses. They also get most of their expenses paid for, by the company they represent. A car or car allowance, a gas card, insurance,  a phone with typically with GPS so they can crack the whip and follow your steps, and an expense account. With few exceptions I’ve run across over the many years in this industry that is the basic info to a rep.

As for the cigar broker, they own their own company and have to pay everything themselves. The cigar broker makes a percentage of the sale to the retailer. If the retailer buys 10 boxes of a $100 box of cigars at their wholesale price and after they pay that $1,000 bill, then the broker will get their cut of that sale, which is typically 10%, which would be $100 in this case.

CA: Which is better, a Rep or Broker?

REP X: Interesting Question! Owning your own company and making as much as you can is the best way for me because I work hard and I build brands. I’m no lazy fuck broker just sitting around cigar bars drinking and complaining.  I get out and work.  I work hard and build the brands but the sleazy cigar brand owners can fuck you over and have done it to me too many times.

CA: So what are you saying, they don’t pay you?

REP X: There has to be some trust, and I know some have short payed me because I keep good records but that is not the worst of it.

REP X: I have taken a small brand and built it over a territory and when they start paying me too much, they cut my balls and go with a company rep.

CA: What do you mean by that?

REP X: I took a small brand and built it in my territory to almost a million dollar brand. It was doing nothing before me.  A few years later it was doing a million dollars. When it was doing under 200,000 dollars I got less than $20,000 a year. But after working my ass off, doing in-store events, every weekend, kissing the retailers ass, and using every favor I had to get the brand in their store, and after working it with their customers…sales went up to almost a Million. A million dollars means the company pays me 100,000 and that’s when they cut the balls from underneath you.

REP X: They can get a company rep for a lot less than that… including all their expenses.

REP X: And their Rep will sell nothing but their brand, and work for just them.

REP X: The Broker does all the work for the smallest amount of money and builds it.  But if it gets too big, I put myself out of business! I know because it happened to me too many times, too many to count.

CA: I’ve heard this from other people too, so it looks like a Rep working for a company is a safer way?

REP X: Sure… but then you are capped to what you can earn! They own you, and you go up or down depending on their actions.

CA: What actions could hurt you?  You get paid no matter what – right?

REP X: Yes, but the cigar companies are never satisfied, and they keep raising the bar and it effects bonuses.  They change the rules of the game all the time.  And at the same time, they make deals with the online discounters and crush the retailer. Then, i have the deal with the cigar shop owners bitch and complain while my numbers suffer too. The cigar company works against me and against the shop owners.  It’s the same shit over and over!

CA: Cigar Shop owners bitch at you about what?

REP X: Everything!  Their business is slow, it’s my fault, because I’m the rep.   They suck too!

CA: Well… I’m a retailer, and I know a lot of other retailers, why does the retailer suck?

REP X: Most retailers are lazy, and they can’t get out of their own fucking way.  They don’t know shit! Not all of them, but the majority of them are terrible. I sell them a line of cigars and they sell them and when i ask them for a re-order to restock them, they tell me they are all set.  How stupid can i be? Then i get the call for them a week later, asking how fast can you ship them? This kind of shit happens all the time.

CA: So what i am hearing from you is… the cigar company’s suck and so does the retailers?

CA: How about the cigar smokers, the end users, the customers of the product?

REP X: You have a few different ones and I don’t care what store I go to and what territory, it’s all the same.   You got the “know it all’s” people who know more than I do. They tell me what they think about the cigar… giving me their professional opinion. Hey jerk off – you’re not a professional and I didn’t ask you.

REP X: Sometime they hurt the sale just being there.  Get out of the way while I’m doing business.

REP X: And the stupid retailer is asking them what they think.  If you’re asking your customer what you think, maybe you should be the customer!

REP X: This is the same jackass who complains that some cigars are being deeply discounted online and half their store is full of them… and it doesn’t have room for mine.

CA: Let’s get back to the customer.  What is your problem with them, the consumer?

REP X: Well i told you ‘the know it all” who needs to get out of the way, I’m trying to do business and they are there.

REP X: Then you have the ones that are always looking for a free cigar.  “Let me try one and I’ll put in a good word to the boss”… fuck you!  First off i can’t give you a free cigar anymore, and you ask me every time iIcome in here.  Why don’t you get a life!

CA: You seem bitter.  You got a problem with the Cigar Companies, the Retailers AND the Consumers, why don’t you find another line of business?

REP X: wish you said that to me 20 years ago…. But I’ve gone too far, and I’m in too deep. Maybe my boss will hear this and fire my ass and put me out of my fucking misery. But seriously, some of my relationships are good, and some are happy, and some companies do treat me with some respect… but the majority don’t and I’ve been doing this for a long time. This industry has changed, and not for the better.

****REDACTED QUESTION AND ANSWER****at the request of Rep X

CA: Is there a cigar brand that our listeners should trying?

REP X: I really can’t say because that might unmask me. People know what I like so let’s not touch that this time.

CA: I’d like to bring you on again sometime, and get into the brands and the players within the industry… do you think you could do that?

REP X: Let’s see how this goes over, and if I don’t get in any trouble, I’ll come back and tell you some horror stories that will make your fucking heads spin.

CA: OK, I’ll hold you to that.  Remember, you identity is safe here on The Cigar Authority, I thank you for sharing your thoughts with me. And we’ll keep you identity safe and maybe we can get some emails from our listeners and get some burning questions answered by you next time.

REP X: That will be fine.

CA: OK, Thank you, that’s representative x, he is a cigar representative out there somewhere amongst us.  We’re going to bring him on every once in a while and try to get some information from him so stand by for him, now back to the show.