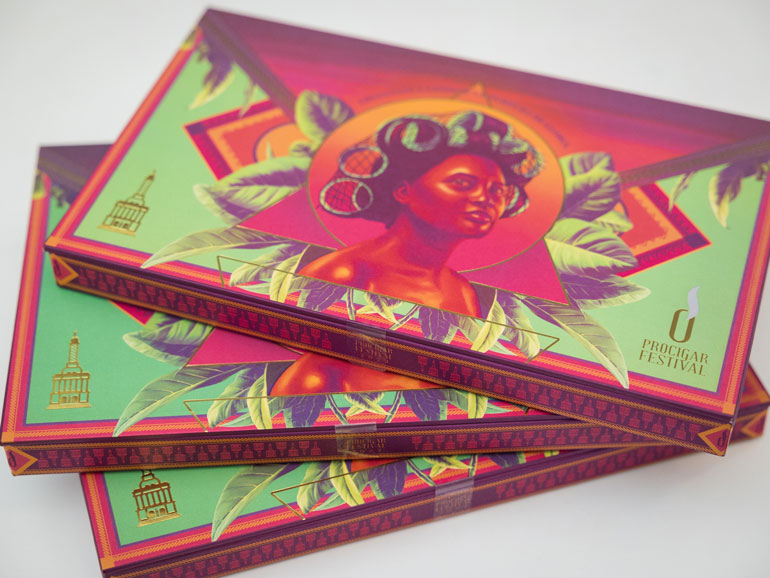 What is undoubtedly one of the greatest tobacco festivals has returned: ProCigar 2022. After the suspension of the 2021 edition, and with the COVID pandemic seemingly under control, the social and cultural life of the tobacco world has returned even strongly.

The XIV ProCigar Festival has been a success in every way you look at it and, in the opinion of many of the attendees, this year’s has been the best edition held so far. ProCigar is above all a great party, an unforgettable tobacco festival, a social and cultural event, in a city, Santiago de los Caballeros, and in a country, the Dominican Republic, who live by and for tobacco.  For this success of attendance and critics has been so unanimous, several factors have converged among which it is worth highlighting, without a doubt, the impeccable organization of the event by the ProCigar staff. 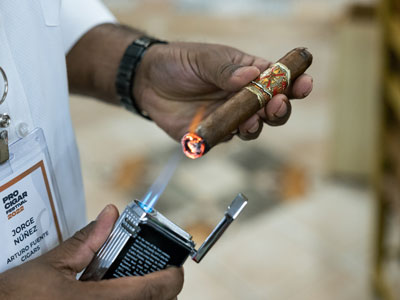 ProCigar 2022 has been a great party, in addition, for the contained euphoria of the attendees, after these two long years of pandemic. There was desire and it was noticeable and it may be true, hopefully, that COVID is in retreat or it may have been nothing more than a breath of life among so much sadness, but the corona-virus has not been present either physically, nor, of course, instilling fear (or prudence) in the mood of the attendees. It’s been as if COVID has never existed.

That merit must also be pointed to the ProCigar organization. And not only not because of the sanitary measures, which existed and have been put into practice, but because it has been the only festival in origin, of the three that are still celebrated (Dominican, Nicaragua and Cuba) that has taken a step forward to overcome the uncertainty that, for two years, we have lived because of guilt of COVID-19. A few months ago, ProCigar, without being very clear if the global health situation was going to force it to suspend the event, decided to keep its 2022 edition standing.  Even with an even worse risk: that the fear of contagion would lead to an absolute failure of assistance.

It is said easy, but it has been very brave, and the public has responded to the call of ProCigar, which, in addition, celebrated the thirtieth anniversary of its foundation: 450 attendees from twenty different countries. Professionals and amateurs, especially from the United States, who have gathered in Santiago de los Caballeros to celebrate the great tobacco festival in its best edition so far.

The XIV of the ProCigar festival has had some sensitive differences with respect to the previous one, which was held in February 2020.  To begin with, there has only been one venue, Santiago de los Caballeros, and the calendar has had to be cut by one day. The Dominican tobacco festivals, until this year, had traditionally had their start in La Romana, in the east of the country, with the visit to the Tabacalera de García.  This year, however, what is today the largest tobacco factory in the country is undergoing renovations and moving, and the „factory tour“ was unviable.  The representatives of the factory, headed by Pedro Ventura, were present, however, at the festival and even organized one of the activities, but on a tobacco farm.

The other major absence has been Davidoff. The Swiss brand, as a COVID prevention measure, has decided not to open its facilities and its factory, Tabadom, has not been able to be visited, although it has maintained its presence in everything else. As the situation has been in the last two years, it is not surprising that Davidoff has preferred not to take the risk of having a contagion among his employees.

A good part of those who attend the festival are tobacco professionals, shop owners, industry suppliers, international distributors (some specialized journalist), but most are simple amateurs who want to know closely the production process of a premium tobacco and spend a very tobacco vacation in the Dominican Republic. The visits to the tobacco fields and factories help, especially the fans, to understand the intricate process of manufacturing a premium cigar, but, in addition, it is a festive proposal, with four evening events to enjoy the Dominican night: the cocktail at the beginning  of the festival, in the hotel pool. Hodelpa Garden Court, which took place on Tuesday night; the welcome dinner in the Central Park of Santiago; the long-awaited Fiesta de Blanco, in the Monument to the Heroes of the Restoration; and the auction of the party, which is the Cena de Gala on Friday night, in the Centro Español (Spanish Social Club), with the traditional auction of humidors.

It is worth adding, because it is one of the great attractions of ProCigar, that in each of these events, each visitor receives a box of tobaccos with eleven very special cigars, which are usually rare and scarce editions that, normally, the eleven members of ProCigar are reserved to give at the festival.

Undoubtedly, the most anticipated night is the Fiesta de Blanco in the monument. It is the zenith night of the great Dominican tobacco party, to which, in addition to international and professional visitors, a good number of local guests are added, each and every one of them dressed in white.  The „White Party“ was dedicated this year to pay tribute to women in tobacco, to ponder their important role in the entire tobacco value chain and to claim gender equality. 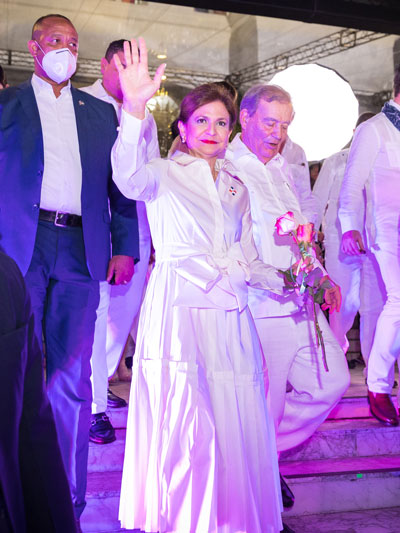 The cause of women and tobacco together even deserved official support from the Dominican government. For the first time since the festival began, ProCigar was attended by the most important woman in the republic: the vice president of government, Raquel Peña attended, in strict white, the dinner at the Monument, in a gesture of undoubted support for the Dominican tobacco industry and, of course, for women.

The artistic part of the night was in charge of the illustrator Evaristo Angurria, „Angurria“, Dominican art director and graphic muralist, creator of a Dominican icon: „Doña Patria, Belleza Dominicana“. The illustrator premiered right there a portrait of this character, which represented the values of Dominican women and the importance of the increasing performance of tasks that, for decades, have been considered „men’s work“. The cigar box commemorating the White Party was adorned, on the cover, with an illustration of „Doña Patria“.

The culmination of the festival is on Friday night, at the Gala Dinner that is held, every year, at the Centro Español of Santiago de los Caballeros, where the public auction of humidors is held that once again exceeded the collection record. In total, ProCigar raised 350,000 dollars that will be allocated to its social action, through the San Vicente de Paul Foundation and the Volunteering of Jesus with Children.   Of that amount, almost 50,000 dollars were direct donations, without bidding, for the „A home for my family“ program promoted by the association and whose objective is to provide new housing to disadvantaged families and in danger of social exclusion.

The humidor that reached the highest price was the one presented by La Flor Dominicana, The Golden Bull, manufactured in Madrid, by Humidores Wacota, with a striking shape of gold bullion. The bid for this jewel of Litto Gómez reached up to 32,000 dollars. Inside, one hundred tobaccos from La Flor Dominicana Andalusian Bull Torito, a smaller version of the famous cigar, in lonsdale format (161 mm x 41).

It is important to note, from this already traditional culmination of the festival, that those who bid for the main pieces of the auction are individuals, collectors and store owners, but ProCigar completes the bids with smaller lots, and affordable for almost all pockets, so that no one is left without the emotion of participating. Thus, a multitude of signed tobacco boxes, cigar mallets that were special for some reason, a couple of Angurria paintings and even a domino table were made available to all those present. Everything is for a good cause. More populated whiskers have fallen.

It is not official, but the XV ProCigar Festival is a must-go event for all tobacco lovers, professionals or not. It will be, again, the great party of tobacco, one that you would like to enjoy, at least, once in a lifetime. 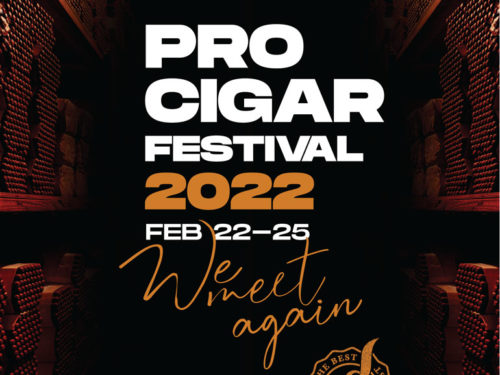