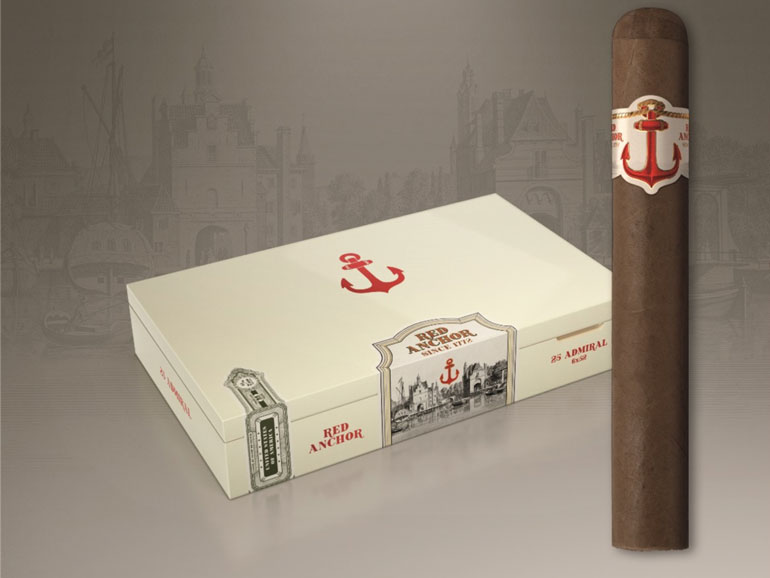 Boutique Cigar is a term overused in the cigar industry today, but as you look through history, there is no denying the Red Anchor cigar was the first boutique cigar brand ever. Today United Cigar is proud to announce Red Anchor’s triumphant return at the Premium Cigar Association Trade Show July 9-12, 2022 in Las Vegas, to celebrate the Red Anchor cigar’s 250th Anniversary.

United Cigar has purchased the trademark and rights of the Red Anchor brand.

“Four years have passed since the start of this project. Every aspect of Red Anchor has been carefully crafted to properly encapsulate the 250-year history,” said Oliver Nivaud of United Cigars. “Working closely with Hendrik Kelner and the KBF team has been very smooth, this is a perfect marriage.”

Red Anchor is alive once more as United Cigar has partnered with the Kelner Family to blend the cigars. The Kelner family has not only had a wonderful and impressive history of cigar making in the Dominican Republic, but their roots are from Holland where Red Anchor began. They will give Red Anchor the attention and respect it deserves, making them the perfect partner in this project.

The initial launch will be limited to 250 boxes of 25 cigars. The 2022 production will come in one vitola, a 6 x 54 called the Admiral with a suggested retail price of USD 25.00 per cigar or 625.00 per box. Red Anchor is medium plus in body and medium in strength, with the blend being announced at the PCA Trade Show. Future vitolas are planned for 2023.