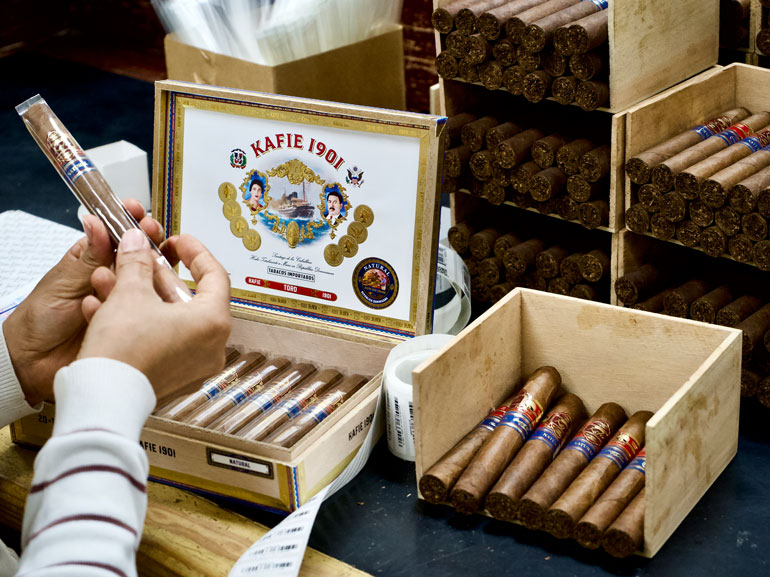 “Our Kafie 1901 Serie L Natural is a 100% Dominican Puro. Featuring a Dominican filler, binder, and wrapper, it’s a blend which was only made possible through the guidance of La Aurora’s head master blender Mr. Manuel Inoa,” said Kafie, noting it is a cigar that he has been wanting to make for over 5 years. “It has finally come to life and such a quality blend was only possible in the Dominican Republic.  This will be a permanent addition to the Kafie 1901 Cigars portfolio.  Our Kafie 1901 Premium Cigar Core line now consists of 5 blends, each unique in their own way.”

The wrapper of the Kafie 1901 Serie L Natural is a 5 year aged Corojo from the Cibao Valley, the binder and filler are also comprised of tobaccos from the Cibao Valley in the Dominican Republic.  This cigar, as with Kafie 1901’s entire core line will come in Cuban style dress style boxes which features redesigned Kafie 1901 branding. The cigar box is adorned with images of Kafie’s grandparents, tracing the family’s roots to Central America and Honduras dating back to 1901.

“Our story is one of immigrants, in search of the finest places, people, talent, and raw materials.  120 years later I find myself in the same quest, however very focused on tobacco,” said Kafie. “The ship featured on the artwork is a steam ship named the Athenas that used to travel from England to New York and then to Central America during that era.  Our brand tells a real story about the Kafie family.  A story which continues to this day and I am extremely proud to represent.”

Currently exporting to 46 countries, initial offerings of the Kafie 1901 Serie L Natural, a 5×50 Robusto and 5.75 x 54 Toro, are due by mid-September. A Belicoso, Churchill, and Gran Toro will be available in December.  Kafie 1901’s other core lines will also be arriving in the coming month with initial Robusto and Toro offerings.

“Some blends contain new tobaccos like Andullo tobacco and Cameroon tobacco, both of which come at a premium,” said Kafie. “Our core blends were maintained and improved at La Aurora with access to finer and more well aged tobaccos.  Connoisseurs will be pleased with the new products across the board.” 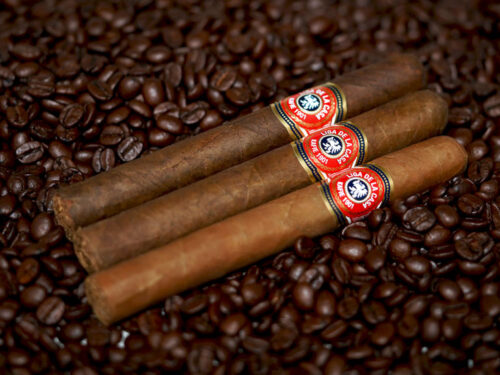 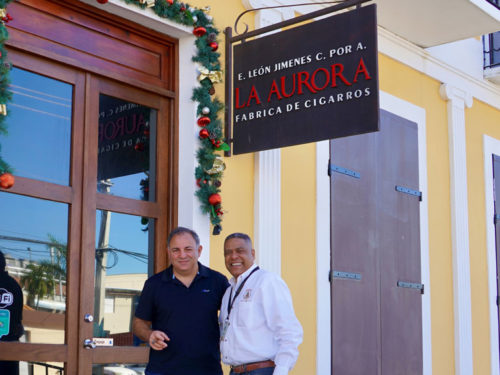