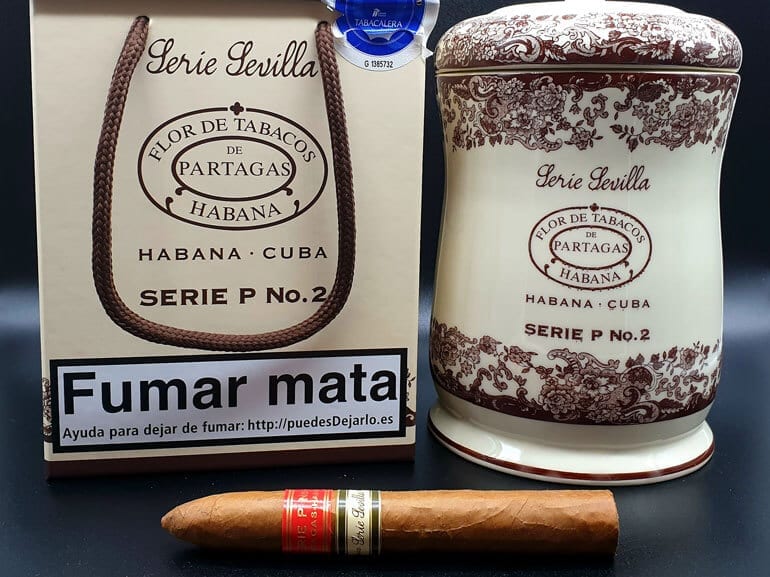 The new jar belonging to the „Serie Sevilla“ has recently become available for the Spanish market.

By now we have reached the fourth release and, after Montecristo, Hoyo de Monterrey and H.Upmann, a jar was created dedicated to the Partagás brand with 21 Serie P No.2 inside, a Pirámides with the measures of 156 mm for 52 of cepo.

The jar was made in only 2,000 numbered copies on the bottom of the jar.

The cigars placed inside have been aged for a minimum of 5 years in the best storage conditions.

The jar was made by „La Cartuja de Sevilla“ and is a replica of the famous jars of Partagás and Ramón Allones made in the 1940s, which today are real museum pieces.