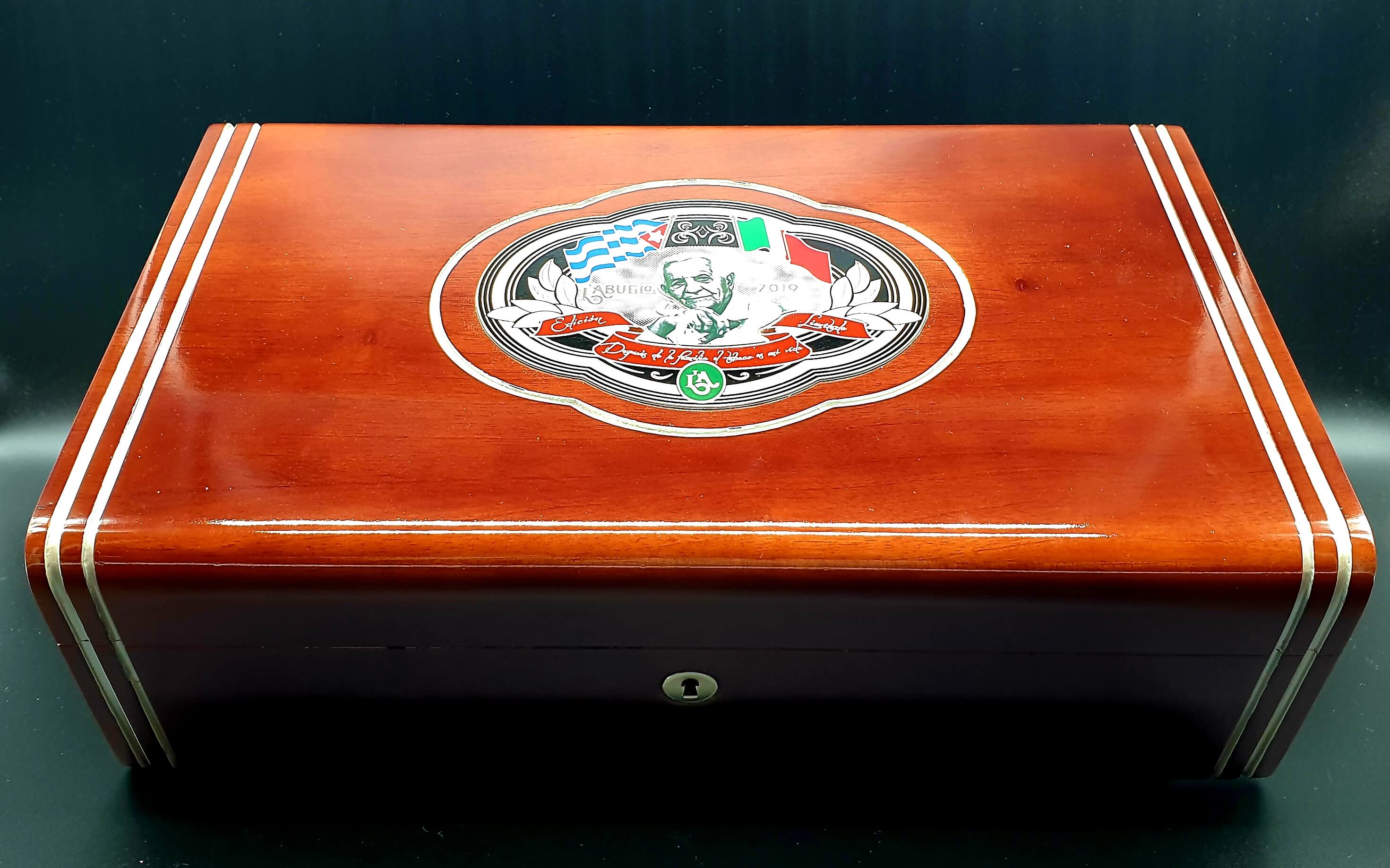 For the first time, thanks to the collaboration with Angel Miranda’s Sikerei Corp and Cigar Club President Don Alejandro Robaina of Matelica (MC) Italy, Francesco Minetti Hombre Habano Comunicación, a fabulous commemorative humidor for the 100th anniversary of the birth was produced of Don Alejandro.

The humidor „L’Abuelo Edición limitada 2019“ was made with Cuban cedar and bears a metal plate on the top where a beautiful design was created specifically created for this realization.

It was produced in only 10 numbered copies accompanied inside by a certificate that illustrates the characteristics.

Finally, an exclusive ashtray was combined with the humidor, bearing the same decoration placed on the humidor itself.

On the certificate there is a beautiful phrase written by Francesco Minetti, President of the Cigar Club Don Alejandro Robaina, which emphasizes his love for Cuba and Abuelo: „This humidor was created to remember his wrinkles, his caressing hands an orchid, for his eyes that look at tobacco plants, for his mischievous smile, for his soul that gave us so much „.