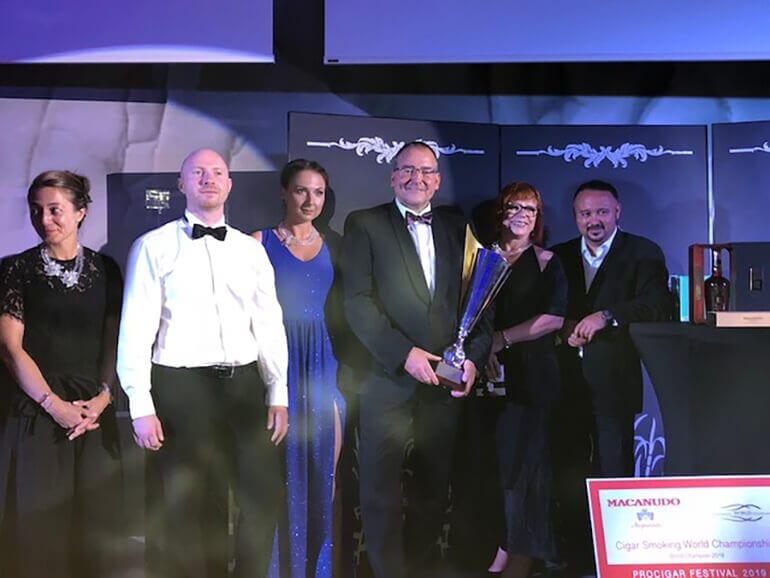 The Cigar Smoking World Championship „Stay Strong“ Winter Season 2020 started in October. Hauke Walter from Germany (the world champion 2018) returned to the competition with big a strong result. He won the competition in 235 minutes before the runner-up Andrey Leontev from Moscow who finished after 153 minutes. Andrey Leontev is one of three Russians on the Top Ten list of the “Stay Strong” season. Uwe Domasch (Germany) took the third place at 123 minutes.

“The new top 10 list shows clearly that the smoking times are increasing with the new competition cigar, the Rocky Patel CSWC”, says CSWC-founder Marko Bilic. “Because the Stay Strong Season is somewhat an emergency season we will not mix it with the real live competitions”, Mr. Bilic added, “but still, these online results show how interesting and exciting the next live season will be. For sure, the online competitions are a great opportunity for slow smokers to get more skilled and get ready for real thing.” 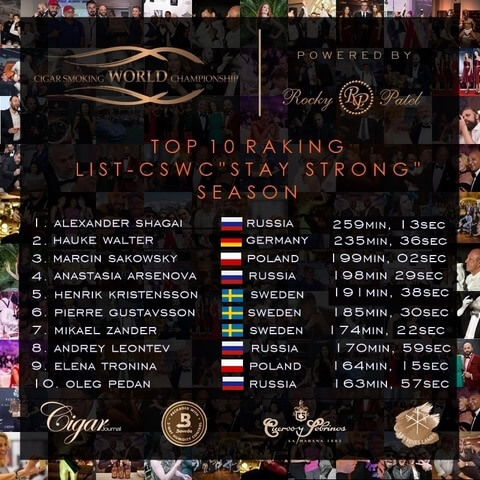 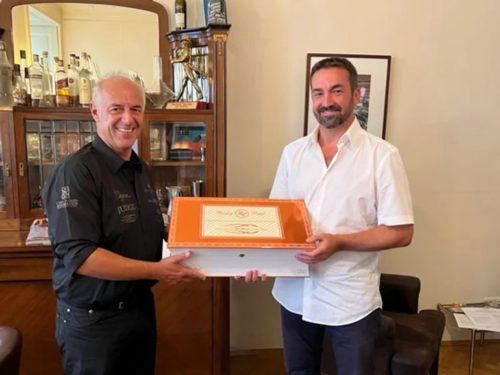 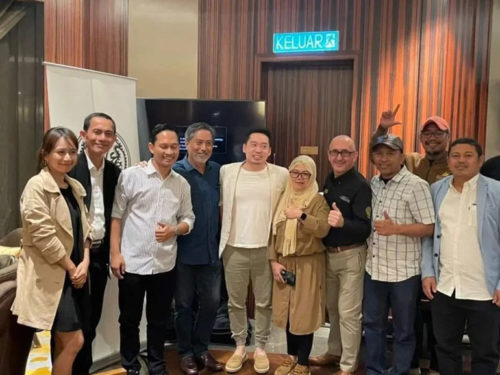