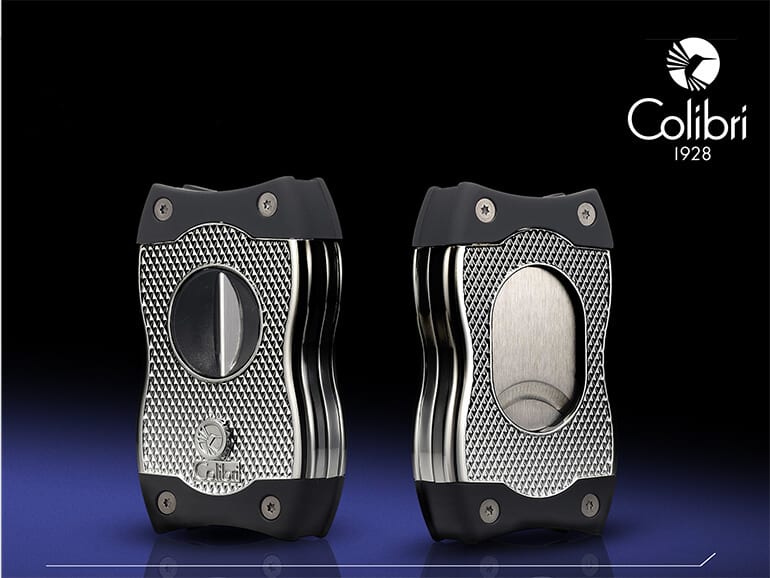 Colibri Group announced the release of their new Colibri SV-Cut —a two-in-one combination of their Colibri V-Cut and S-Cut cigar cutters, which were initially launched in 2013 and 2015.

The V-side of the SV-Cut uses the same blade as the original V-Cut and provides the identical clean “V”. It’s suitable for up to a 60 ring gauge cigar, cutting as deep as 7mm. The depth of the “V” is easily regulated by holding the cigar head a bit further out.

On the S-side (straight cut), the aperture is slightly larger and could accommodate up to a 68-70-ring cigar. The cut is governed to 3mm. The trigger release for both blades is located on the V-side. The ergonomic shape and spring-loaded blades make cutting with either side almost as much of a pleasure as smoking the cigar itself. Both sides of the body are textured with a pachmayr pattern for a sure grip.

The SV-Cut will officially debut at the 2017 IPCPR convention in Las Vegas on July 11. SV-Cut will be available in five finishes (all black, black+chrome, chrome+black, gunmetal and rose+black). The SV-Cut ships to stores in the US this fall. Suggested retail price is $75.