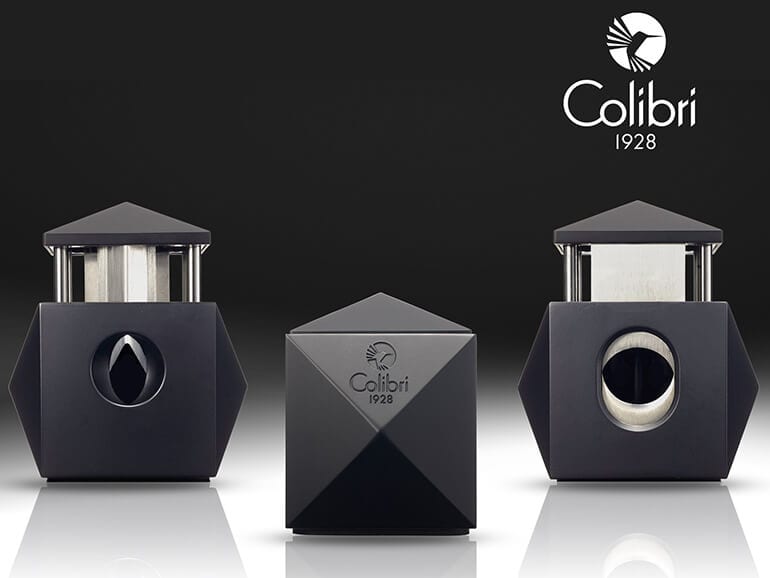 Colibri Group will introduce their new Colibri Quasar desktop cigar cutter, a two-in-one combination of the Colibri V-Cut and S-Cut cigar cutters in a desktop/tabletop format at the IPCPR trade show.

The Quasar cutter takes its design language from the Colibri Quasar series of desktop humidors and cigar ashtrays that feature a four-sided pyramidal peak motif. On two opposing sides of the Quasar are housed a “V-Cut” blade on one, and an “S-Cut” blade on the other. The cutter is engaged by pushing down on the top peak of the Quasar, which releases and pops up the cutting unit with both blades ready in unison.

The V-Cut side cuts a wedge as deep as 7mm on a 60-ring for a full robust draw. The straight cut provides a straight cut on cigars up to a 70-ring. Both sides will cut torpedoes with equal efficacy and ease. The body of the Quasar cutter is a sturdy all-metal form. The top peak holds the blades and runs on oiled quad pistons to ensure smooth action when in motion. The undercarriage is lined along the perimeter with a strong rubber gasket for non-slip stability while in use and to prevent damage to the desktop. In the center of the undercarriage is a twist cap to access the internal chamber for retrieving and disposing of the collected cigar clippings.

The Quasar will officially debut at the 2017 IPCPR convention in Las Vegas on July 11. Quasar will be available in four finishes (matte black, matte red, metallic chrome and metallic gunmetal). The Quasar ships to stores in the US this fall. Suggested retail is $125. 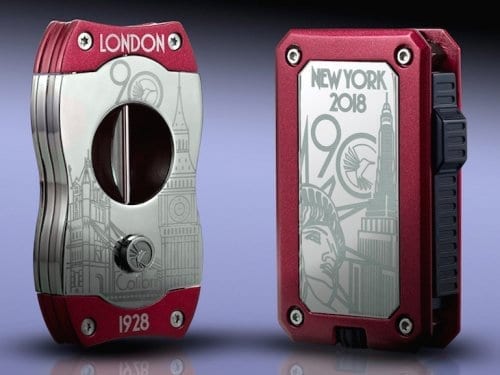 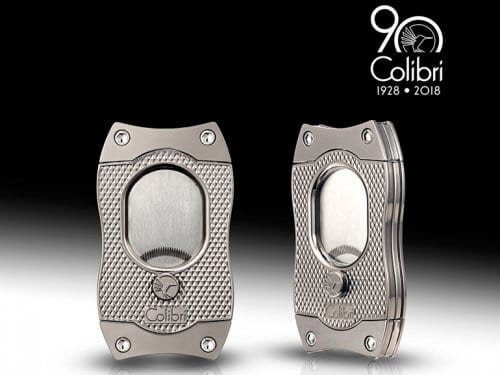