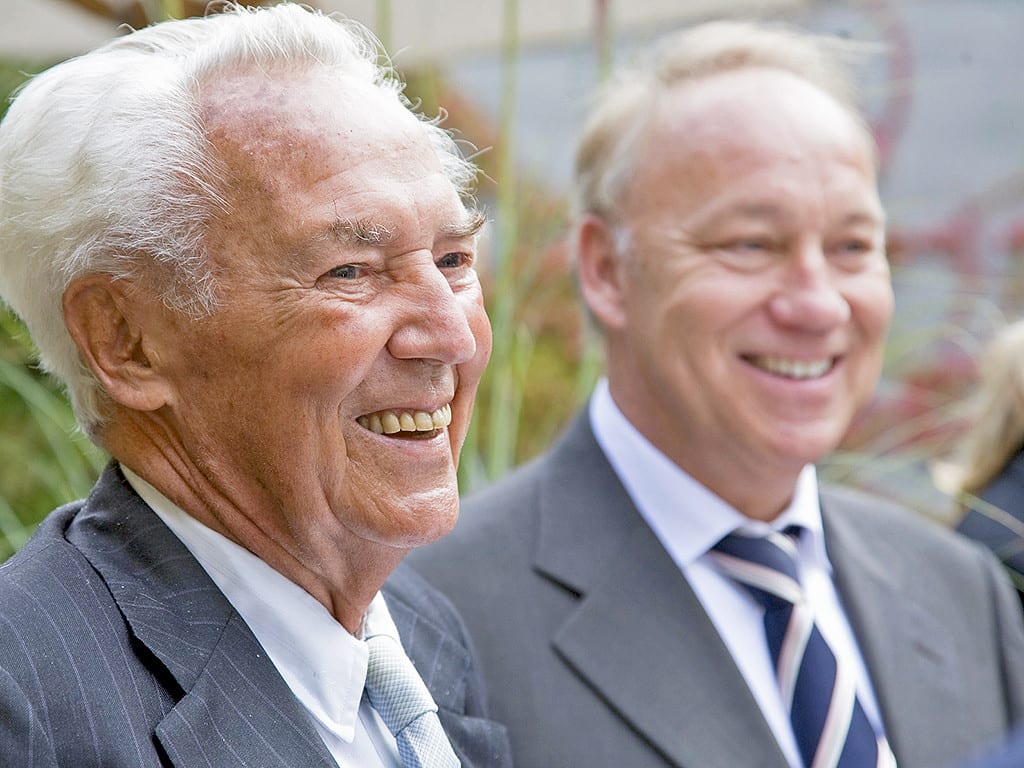 In recognition of what the Davidoff brand has come to stand for today throughout the world, Cigar Journal’s Cigar Trophy for Lifetime Achievement was awarded this year to Dr. Ernst Schneider.

When Dr. Ernst Schneider took over the Davidoff business in Geneva from Zino Davidoff in 1970, he had a vision for the future: he wanted to own a brand that would be sold world-wide by only the best dealers.

The company he managed at the time, the Swiss family-owned company Oettinger, had found its brand import business too easily undermined. Again and again Schneider saw products he had successfully introduced being withdrawn from the market. He therefore resolved to secure his own brand and to turn his dream into reality with the Davidoff brand.

Step by step, with Zino Davidoff as ambassador, Dr. Schneider gradually increased the brand’s market share. His strategy involved employing agents abroad to convey the Davidoff philosophy to the customers in their respective markets. Originally, Davidoff only intended collaborating with Schneider for three years but in the end stayed with the company for the rest of his life.

The Cigar Trophy for Lifetime Achievement was awarded to Dr. Schneider by Cigar Journal in recognition of what the Davidoff brand has come to stand for today throughout the world – Cultured Smoking and the Good Life in the best sense of the words.

He was presented with the award by Cigar Journal founder and editor-in-chief Dr. Helmut Romé at a gathering of business associates and friends in Basel. Dr. Romé paid tribute to Dr. Schneider’s unrivalled commercial success and, above all, to his humanity, describing him as “the embodiment of the type of businessman that is becoming rarer and rarer; the one who combines single-mindedness in business with a spirit of generosity. His motto”, he added, “is: each one for the other, not against one another”.

Politicians such as Councillor Dr. Carlo Conti (Director of Health of the City of Basel) and Councillors Dr. Ueli Vischer and Roger Brennwald (President of Davidoff Swiss Indoors), son-in-law and Davidoff Vice-president Dr. Rudolf Schaffner, René Hollenstein (Head of Product Development at Davidoff) and business associate, pilot and pioneer Moritz Suter all cancelled appointments in order to be able to celebrate the honour with their friend and mentor in a warm and relaxed atmosphere.

Carlo Conti spoke for everyone as he congratulated Schneider saying “We are proud of you and join you in your happiness at receiving this honour. At the same time we would like to thank you for the financial support you have given so many cultural and sporting institutions here in Basel.” He went on to describe Ernst Schneider as a man of great vision, charisma and tact.

Dr. Schneider clearly enjoyed being honoured in the company of friends. Delighted, he accepted the trophy and said: “I would like to thank the European Cigar Cult Journal [sic!] for this award. For years now it has been an important, superior international publication. I would also like to thank Dr. Romé for his untiring campaigning on behalf of smokers and smoking. This trophy is a real joy to receive and is a credit to the work of our entire company.”