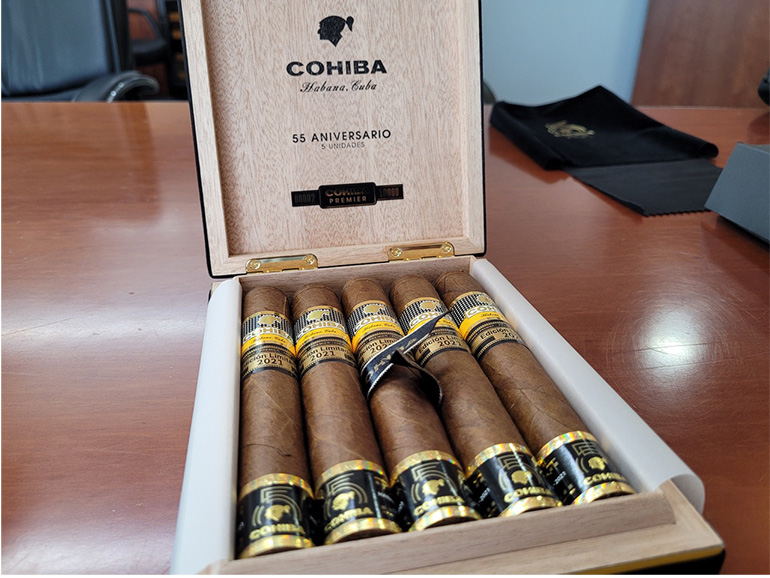 The evening of the May 14, 2022 marked the premier of the anticipated Habanos S.A. release at an unprecedent event that mixed live and virtual activities. More than 3,000 cigar enthusiasts around the world had the opportunity to check out this new release either attending one of the ten physical events or following all the action at a special live stream. 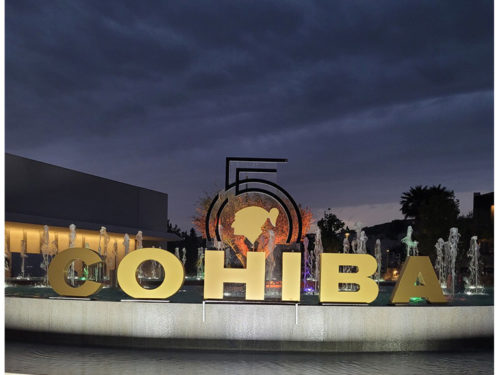 The Cohiba 55 Aniversario Limited Edition 2021 (57 ring gauge x 150mm) was announced by Habanos S.A. at last year’s Habanos World Days celebrating the 55 anniversary of the brand and since then the cigar community has been awaiting the actual product. All tabocco has been aged for at least two years and the cigars come in varnished wooden boxes of 10 units. 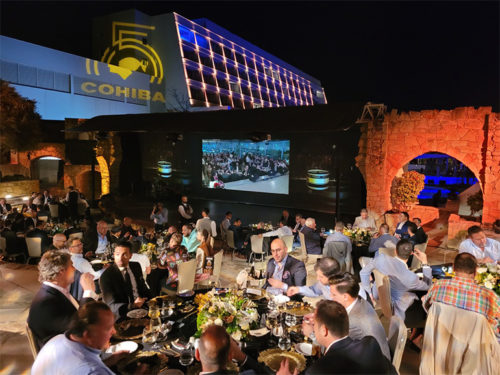 During the evening, the participants of the physical events shared opinions about the new release and interacted with the many venues as they were connected in the live stream that was transmitted to all parties and at the website Cohiba55.com.

Although the Cohiba 55 Aniversario LE 2021 might be available only in the next few months, Phoenicia Cyprus Ltd. presented another surprise. The first batch of 50,000 units of this Limited Edition will be available in a series of 10,000 special five unit numbered boxes. For this series, instead of the traditional Limited Edition band, the cigars will be carrying a slightly modified Limited Edition band with the word “premier”. 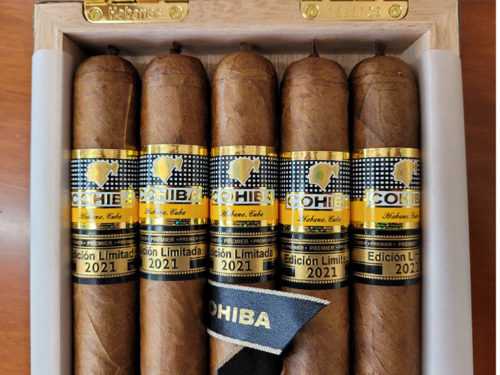 This limited series will be available in the next week only in the countries served by Phoenicia Trading and should be highly coveted by collectors. Mr. Walid Saleh announced that collectors and cigars enthusiasts from all over the globe can pre-order the box through the website Cohiba55.com/premier.