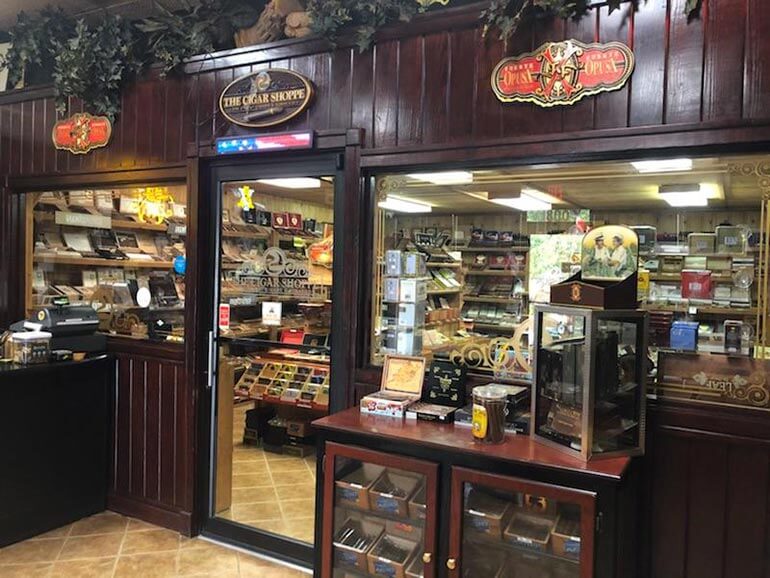 Before coming to Northern Georgia, this journalist did his homework and contacted some people in the cigar business who advised me on what the best cigar shops are in any metro area to which I may be going. When I asked around to find out what is the finest cigar lounge in the Atlanta metro area, there was absolutely no grey area in the responses that I received: The Cigar Shoppe.

When I walked into The Cigar Shoppe, I was greeted by store owner and fierce advocate for cigar rights, Timothy Sean Clifford, right away and he gave me a tour of the store. When we sat down to start our interview, I asked him to pick out a cigar for me. This is something I usually do because I want to see sometimes what is the interest of the shop owner. Tim told me, “No, go in the humidor and pick out your own cigar! I don’t know you and what your palate is like, so how can I possibly know what cigar to pick out for you? This concept lead us to discussing a staple of service that is offered by The Cigar Shoppe: The Palate Check.

Everyone at The Shoppe is a certified palate checker. When a newcomer arrives, a short list of questions are asked to them in pursuit of nailing down what the most enjoyable cigar would be for that arraignment of taste buds. “I like to ask someone about what they like to drink, what they like to eat, and then gather that information to align their palate with the optimal cigar” says Tim. “I’ve trained all of my employees to do this as well.” Once the palate check is complete, the staff proceeds to choose the most suitable cigar for the patron’s flavor DNA.

Out in the Peach Trees

As anyone knows who has driven through Atlanta, it is already one of the biggest cities in the USA, and I don’t think it will be long before Atlanta tops Chicago as the 3rd largest metro area in this country. So Tim and The Cigar Shoppe are already situated perfectly for that growth! 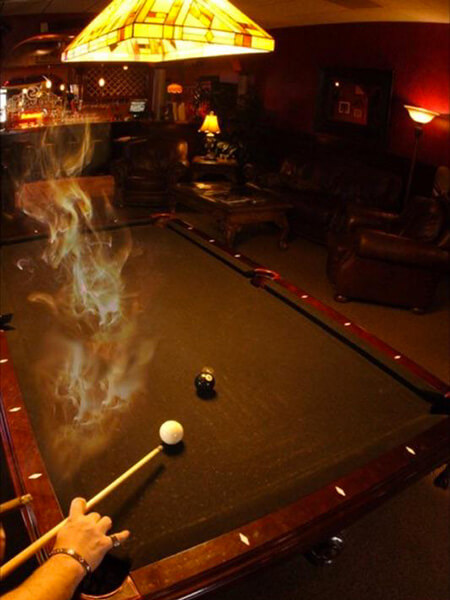 When one approaches the Shoppe from the parking lot, the first thing you might notice is that the lounge is sponsored by Diamond Crown, a wonderful brand with a signature creamy smoke. Step inside these 5000 square feet of righteousness and walk around and you will see a perfect blend of décor that is pleasing to the men who attend this fine establishment as well as to the women who come here as well.

The Shoppe feels like a hybrid of Pottery Barn and your favorite steakhouse. That is because the Shoppe was designed by a woman named Angel Troutt, who was hand picked by Tim for the assignment. An interior designer apprentice, Angel used this opportunity to hone her skills and apply all that she has learned. Instead of being her rough draft, the Shoppe turned out to be her Tour de Force!

The one place where Tim took the helm in design was the humidor. There are over 1000 facings in the humidor, but it still has a pleasing feel when walking around it and selecting a cigar. The reason behind this as Tim explains is due to his selection. “I really like the comfort in well-known brands that are frequently chosen by our customers. I have a great selection, but I stay away from boutique brands and small rollers so as not to overwhelm the customer with choices with which they are not familiar” explains Tim.

Beyond having a most impressive variety of cigars, The Shoppe also offers a most interesting assortment of beverages. The bar serves over 70 different beers from all over the world. If beer is not your thing, then perhaps you would enjoy the robust wine cellar with over 1500 different selections that can accommodate any palate. There is also a nice selection of ports available as well. With a cigar in one hand and a toddy in the other, one is well armed to take a walk around the Shoppe and enjoy the decor’s peaceful harmony.

Tim is also on the front lines of the perpetual battle that cigar lovers have with the FDA. As we all know, next year will be the beginning of reducing the amount of choices that we have when we opt to enjoy a premium cigar, and Tim shared some insight with me as to how things might play out in the future. “Going forward, cigar activists will probably form their own lobbying group. I can see many shop owners around the country forming their own association to sway voting in their favor” explains Tim. Sign me up, my brother! I shall stand side by side with you and join the fight! 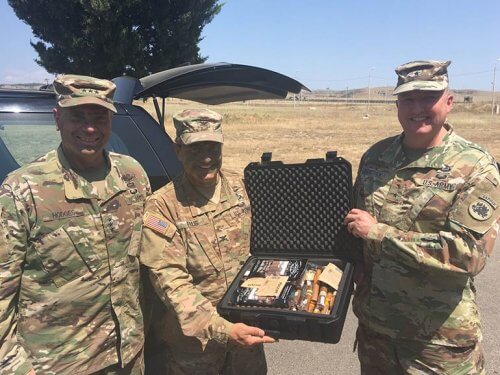 Walk around the Shoppe and you’ll notice a certain theme: a tribute to America’s military. Tim takes part in an initiative called The Special Operations Warrior Foundation. When American troops are deployed overseas, Tim sends over 4000 cigars to our troops as well as cutters and lighters to brighten their spirits and let them know that someone back home really appreciates what they do. I spoke with Lt. General Ben Hodges, Former Commander of American forces in Europe, and he told me about a time when this happened with his command.

“My troops and I were stationed in the Republic of Georgia. We just finished a mission out in the field and came back to our post and a care package from the Cigar Shoppe was waiting for us! It was really nice to be appreciated and know that someone back home loved their troops enough to do this.” This is just one troop and one general of so many that have been on the receiving end of Tim’s graciousness. The walls of the Shoppe adorn pictures of so many others in uniform who have been touched by Tim’s kindness as well. 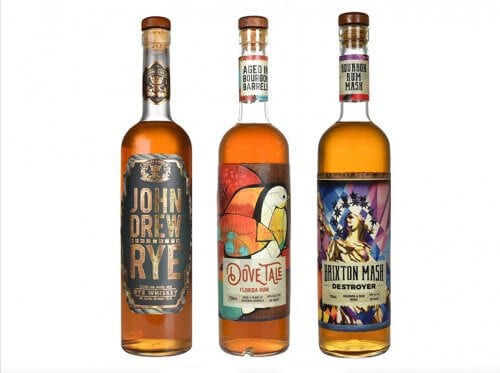 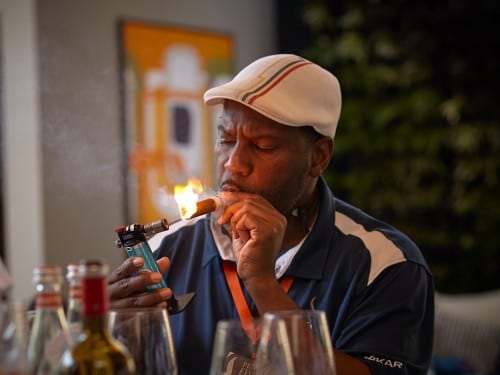