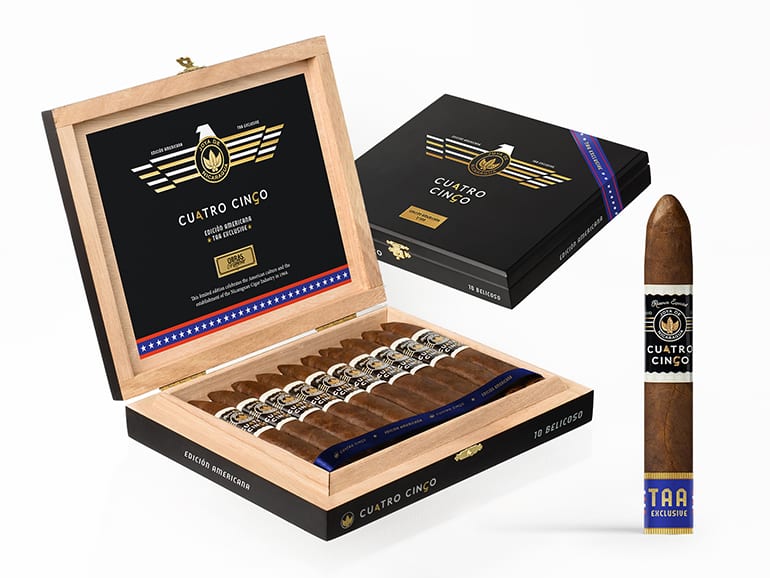 The US was the first market Joya de Nicaragua explored and during the early 1970’s, became the official cigar of the White House. The United States continues to be one of JDN’s most influential markets, gaining many amigos and partners, several of whom are part of the Tobacconists’ Association of America (TAA). Today, Joya de Nicaragua and Drew Estate proudly present the Cuatro Cinco Edición Americana TAA Exclusive.

Cuatro Cinco Edicion Americana TAA Exclusive is a limited batch of five hundred, 10ct boxes in a Belicoso vitola (6 x 54). This blend features a Nicaraguan Criollo wrapper and select Grade A fillers. The cigars are aged for a minimum of one year within vintage white oak barrels, used in a world renowned rum distillery.

The cigar will be shipped out to stores over the summer.