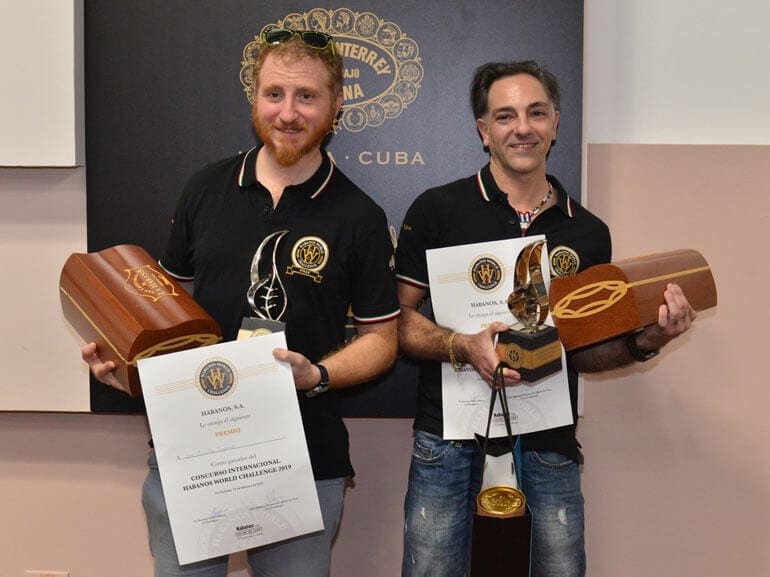 The second edition of the Habanos World Challenge was held during the XXI Habano Festival and ended on Friday, February 22, 2019 with the final battle between the team of “Las Criollitas del Habano”,  two girls, Mayli Mostaza and Daylin López representing Cuba and the team “La Escepción”, composed of the Italian representatives Aurelio Tufano and Giulio Amaturo.

The Italian team proved to be the winner, in a duel of knowledge marked by a public sold out. The winning couple of this second edition of the Habanos World Challenge scored a total of 71 points, while the Cuban team scored 65.25.

Honour to the winners who convinced both the jury, led by Roberto Delgado, and the large audience during the final.