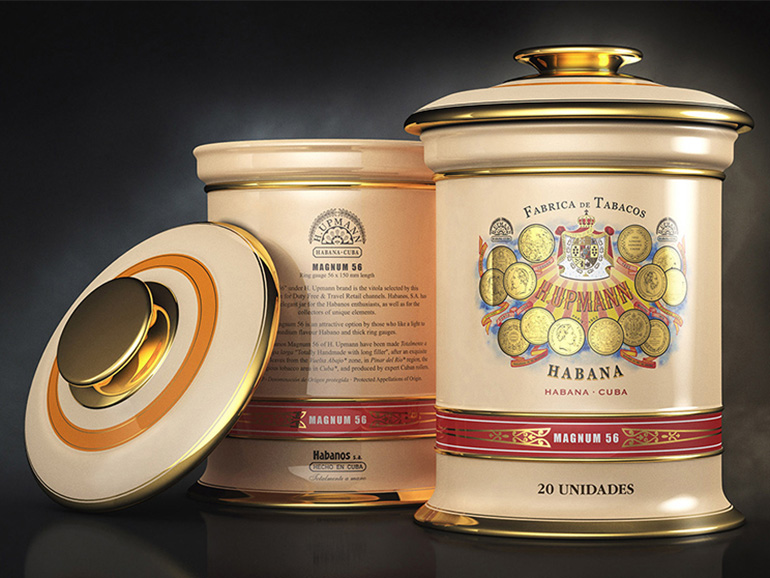 The H. Upmann Magnum 56 in ceramic jars have now been released in the UK.

Originally intended for sale exclusively in Travel Retail around the world, Habanos S.A have sanctioned the release of a small number of jars for sale in domestic markets. This decision has been taken in response to the ongoing travel restrictions in place due to the pandemic.

Each jar contains 20 H. Upmann Magnum 56, a cigar that measures 5 7/8” (150mm) x 56 ring gauge, which was first seen in 2015 as a Limited Edition.  However, the original releases were housed in an SLB box of 25 cigars and had been rolled using extra aged tobaccos. These cigars have been blended to the classic light to medium bodied style of H. Upmann and offer an hour or so of smoking enjoyment.

Ceramic jars have been used to house Havanas since the late 18th Century and today many experts agree that they remain one of the best options for long-term ageing.