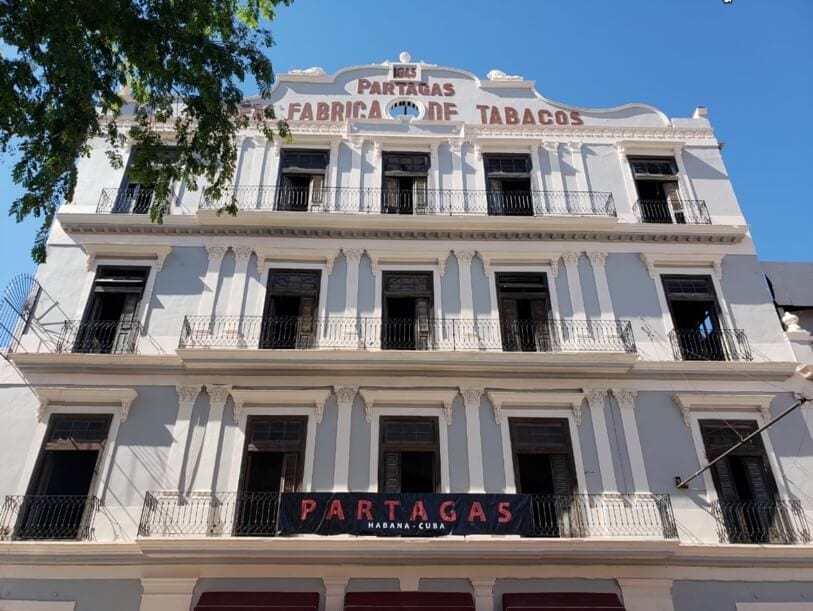 For the cigar enthusiast there is no better time to be at Havana than in the Meeting of Friends of Partagás. The event is recognized to gather people from all over the world to enjoy a good cigar in a very relaxing and informal atmosphere.

And the relaxing atmosphere is what makes this meeting so special. Many of the attendees that have been participating for many years joined some newbies from november 18th until the 22nd at Havana for the 32nd edition of the meeting.

The opening night was held at the gardens of the Divina Pastora. This restaurant located at the San Carlos the La Cabaña fortress complex provides an amazing view of the city of Havana. On the occasion the participants could smoke the San Cristóbal de La Habana La Cabaña, a regional edition cigar dedicated to Cuba, presented in the night.

The countryside day took the group to the Las Terrazas. In this relaxing ecological complex, people could bath at the San Juan river or just contemplate the beautiful nature while smoking a good Cuban cigar.

It is hard to think of Cuba without imagining its beautiful beaches and the crystalline waters of the Caribbean sea. The day on the beach were the opportunity to enjoy nautical activities and to have lunch on the seaside at the Marina Tarara located at a few miles east from Havana.

The Gala Dinner closed this pleasant week at the Salón de Embajadores at the Habana Libre hotel. But the night did not end until the traditional humidor auction where the many raised goes to the Cuban Public Health System. A beautiful piece celebrating the 500th anniversary of the city of Havana was auctioned for 22,000 CUC (approximately 20,000 euros). Manufactured by Humidores Habana, one of the more coveted humidor producers in the world, the humidor had 168 cigars with some special releases like the El Rey del Mundo Infantes Exclusivo Cuba from 2013 and the 40 units of the BHK 54 among others.

It was a perfect time to smoke, have fun and make friends from all over the world as the event grow bigger every year.