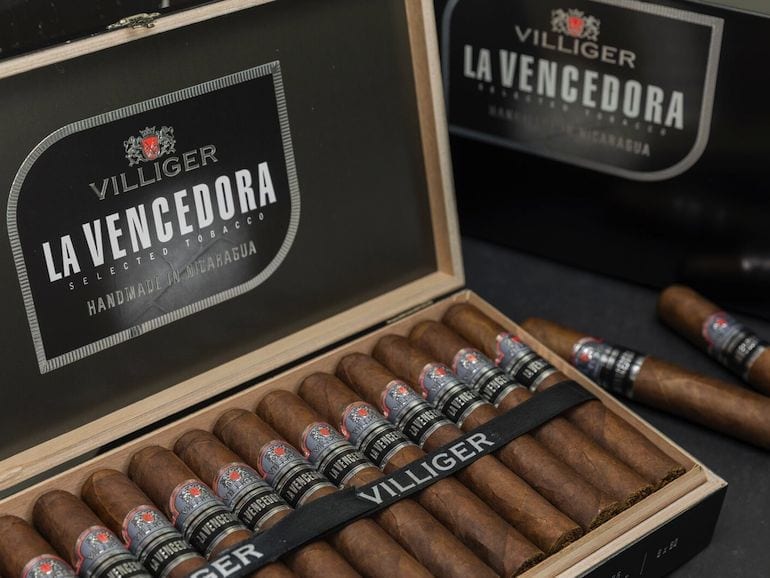 Rene Castañeda, President of Villiger North America said, “The Villiger La Vencedora has been very well received and so much so that there has been demand to introduce a 6 X 60 vitola. We look forward presenting this new size and seeing all of our friends and colleagues at the 2018 IPCPR in Las Vegas.”

The Villiger La Vencedora Gordo will come in 25 count boxes with an MSRP of $10.50.

The Villiger La Vencedora or “The Victor” represents to Heinrich Villiger the arrival of Villiger Cigars to the premium handmade cigar segment. It was time, in his opinion, to push to the envelope and create a legacy cigar that will serve as a proper follow up to the acclaimed Villiger La Flor De Ynclan brand. This Nicaraguan puro wrapped in a Nicaraguan Habano Oscuro, boasts a potent full-bodied smoking experience, featuring highly seasoned, hearty flavors.

The Villiger La Vencedora will be expressed in three sizes: