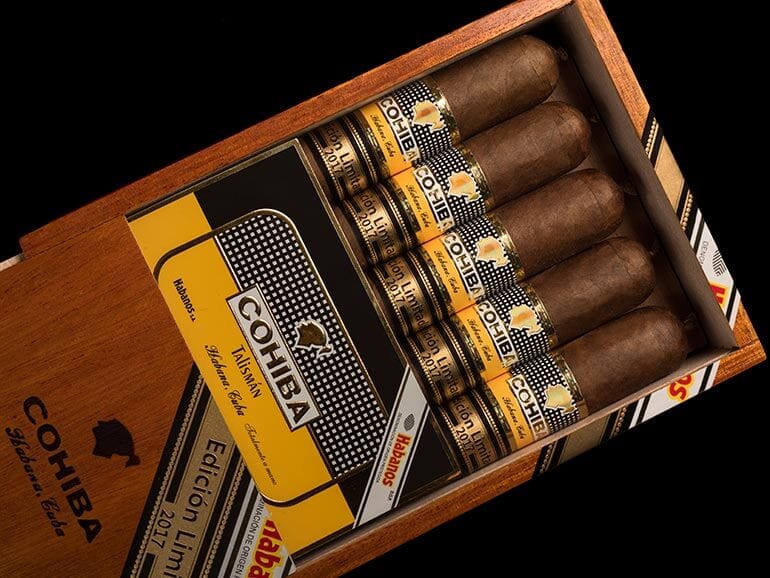 Habanos S.A. along with the UK’s exclusive distributor Hunters & Frankau launched the Cohiba Talismán 2017 Limited Edition at the Corinthia Hotel in London, on November 7. The Talismán is one of the most eagerly anticipated cigar releases and joins a group of iconic vitolas including the Cohiba Sublimes (2004), Cohiba 1966 (2011) and the most recent Cohiba Supremos (2014).

Measuring 6 1/8“ (154 mm) x 54 ring gauge, the cigars are presented in 10s in the traditional Cohiba style of varnished slide lid boxes (SLB). The blend matches the flavour profile of Cohiba’s La Línea Clasica range (medium to full) with the head of each cigar finished with a pigtail.

The Talismán is already available in Great Britain and sells for £ 64.49 (single). 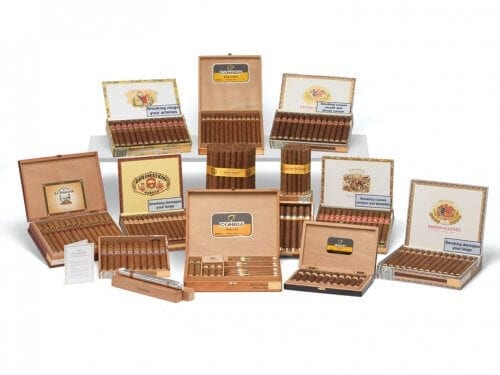