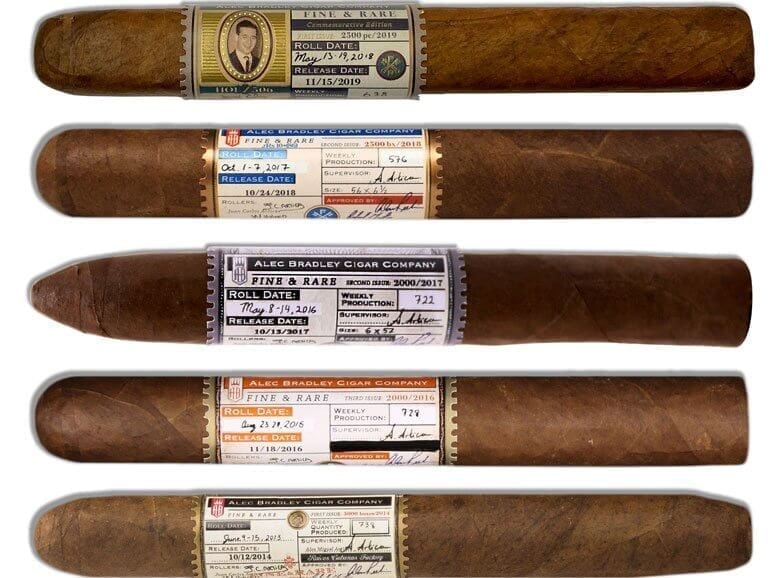 Alec Bradley Cigar Co. announced that they will be celebrating the 10 Year Anniversary of their Fine & Rare series by releasing 500 limited edition boxes featuring all five of the Fine & Rare iterations. Fine & Rare is the result of Alec Bradley Cigar Co. founder, Alan Rubin’s goal of creating a cigar using an astonishing 10 different aged and selected tobaccos. Making a cigar with that much tobacco is so difficult that only a singular pair (1 Roller and 1 Buncher) are entrusted to the task. The Fine & Rare project was destined to be a limited edition.